Inside Kensington Palace, A Royal Palace In The Heart of London

One of the most stunning royal retreats in the entirety of England, Kensington Palace was originally a relatively modest suburban villa until it was bought by King William III in the 17th-century. This gorgeous palace is a beautiful destination with perfect grounds and a specific design that make it one of the most unique, yet important, historic buildings in England. It was a favorite retreat of many royals throughout the ages, and it continues to be a favorite among the royal family to this very day, because being inside Kensington Palace feels like being transported in another, but gorgeous, world.

Kensington Palace might not be as well-known as other Royal London attractions like Buckingham Palace, or the Tower of London which has the British Crown Jewels, but it’s just as important.  Kensington Palace has been home to many different royals throughout the years and have been the spot of many lavish balls which entertained over a thousand guests. It’s still a gorgeous palace to this very day, which is why it’s popular to visit. 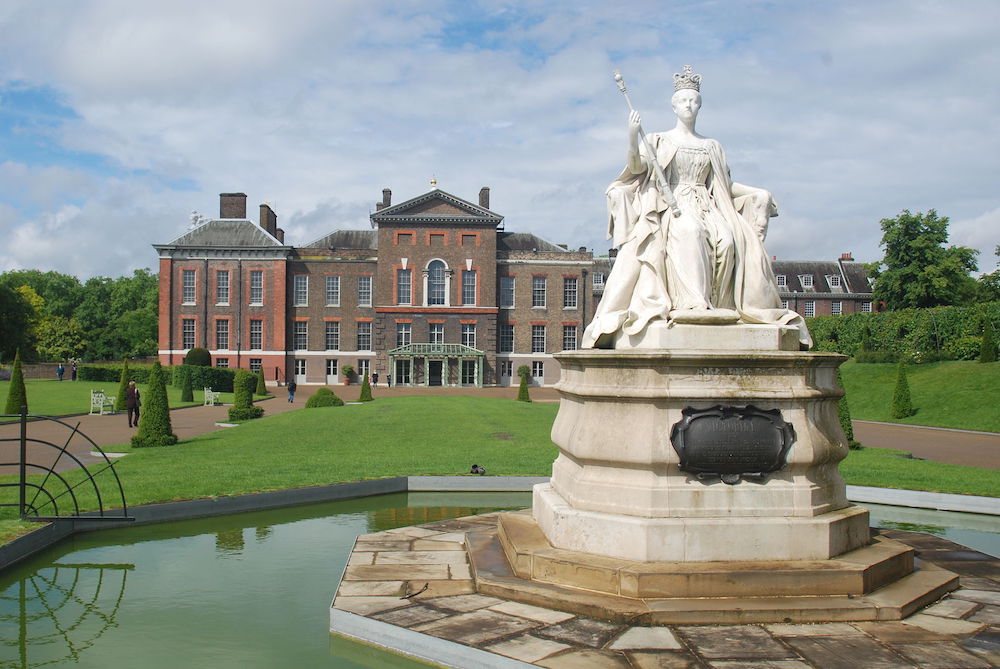 Kensington Palace was originally a modest Jacobean manor built for the then head of state, the Earl of Nottingham, which is why it’s sometimes known as Nottingham House. The potential of the manor caught the eye of the new sovereigns William III and Mary II, who purchased the house in the Royal Borough of Kensington and Chelsea in London, and made extensive efforts to renovate it, and turn it into a retreat worth retreating to. The commissioned Sir Christopher Wren – a highly acclaimed architect, among many other things – to fully redecorate and bring the manor to a lavish standard that can rival every other palace in England. After the death of Queen Mary II, the depressed King William married Queen Anne.

After the king’s death, the Kensington Palace Gardens were built for the queen, but she rarely visited them during her short, but eventful, reign, even though she liked everything inside Kensington Palace. Throughout the centuries it’s been the home to many royals, even in recent years, like Princess Diana who lived there until her death in 1997.

Who Lives in Kensington Palace

Today it’s the home to Prince Harry and Meghan Markle now Duke and Duchess of Sussex, and they live together in Nottingham Cottage which is a two bedroom house in Kensington Palace. There are rumors, however, that they’d move to the larger apartments inside Kensington Palace that are much more spacious, and offer many more rooms than the modest Nottingham Cottage. Besides the newlyweds, the other most notable royals living inside Kensington Palace are the Duke and Duchess of Cambridge aka  Prince William and his wife Kate Middleton.

One of the most popular parks in London, the Kensington Gardens were once private gardens and used as a hunting grounds for the king centuries ago. Today it’s part of the giant green lung of London, and they stand alongside Hyde Park, Green Park, and St. James’ Park, and are some of the largest green areas in the entire wider region.

They weren’t open to the public when they were first built, but were later fully open to the public in the mid-19th century. Since then there have excellent additions like fountains, monuments, memorials, all of which adding an extra unique element to an already outstanding scenery that sits gorgeously in the middle of London. It’s a famous piece of land which is about 275 acres large, and it’s been the setting to a lot of stories and tales, most notably a story about Peter Pan, who enjoys his own statue in the park. 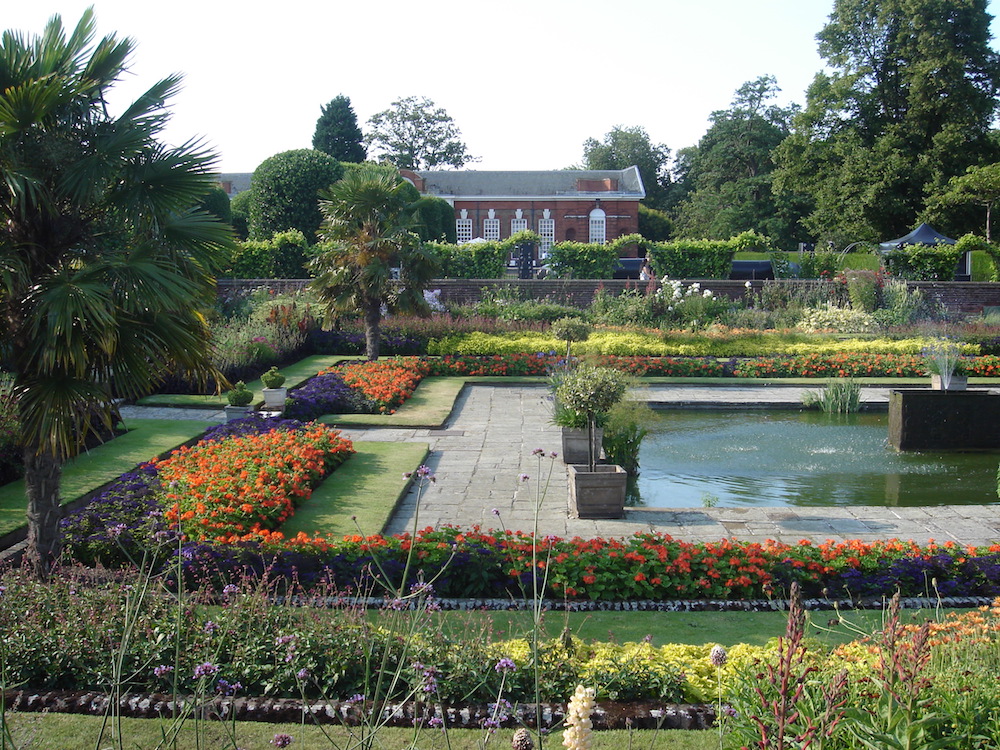 Other Interesting Facts about Kensington Palace

Many events have taken place inside Kensington Palace – both happy and sad. It’s considered a place that hasn’t treated its female residents with luck – Queen Mary II had a fatal encounter with smallpox, while Queen Anne became pregnant 17 times, without leaving a single heir to her kingdom, because none lived long enough to reach maturity. Like with many royal palaces in London it is believed that there are ghosts living inside Kensington Palace, like the ghost of a young boy called Peter that was brought there by George I after finding him in the woods, or the ghost of Princess Sophia. On a happier note, Kensington Palace was always home to many extravagant parties, which some of them included the Beatles as guests, among many other celebrities. As frequent guests the Beatles would often entertain the other guests, even having singalongs while they performed in the lavish ballrooms.

One of the best bits about Kensington Palace is that while there are current members of the British royal family living there, plenty of the palaces rooms are actually open to the public for a visit. Kensington Palace is open every day of the year, except 24-26 December, and opening hours are from 10 AM to 6 PM, with final admission being 5 PM. There are numerous details to see, like parts of the life of Queen Victoria who was born in the castle – her exhibition is chock full with details of her life, including the relatively unknown fact that her name was actually Alexandrina, and not Victoria. There is also a current exhibition of the life of Princess Diana.   In the warmer months there can be a large crowd visiting the palace, but during the colder months it can be excellent visit because the palace still functions as usual, but with smaller crowds. Getting to Kensington Palace is easy since it’s in the heart of London and so often included as part of our Royal London focused London Highlights Tour.