London has been a capital city for two thousand years evolving from a fortified town in Roman times, to the vast 21st Century metropolis it is today. Boasting some of the best monuments and museums in the world, London is steeped in history and pageantry – green parks and royal palaces contrasting with the best of modern architecture.

London has been a capital city for two thousand years evolving from a fortified town in Roman times, to the vast 21st Century metropolis it is today.

Boasting some of the best monuments and museums in the world, London is steeped in history and pageantry – green parks and royal palaces contrasting with the best of modern architecture.

Your private Blue-Badge Guide will help you design your London Highlights tour day, but some of our favourite attractions are listed here. To make the most of your day in London, we recommend our walking guides or our Platinum service, which has a luxury Mercedes and driver to accompany you and your guide. 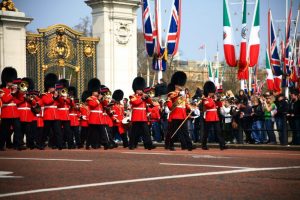 Buckingham Palace serves as both the office and London residence of Her Majesty The Queen. It was first opened to visitors in 1993, and during the summer, visitors can tour nineteen State Rooms.

The Changing of the Guard at Buckingham Palace involves a new guard exchanging duty with the old guard, accompanied by a Guards band. The Queen’s Guard usually consists of Foot Guards in their famous uniform of red tunics and bearskins.

11:00 for Buckingham Palace (On certain dates only)

11:00 for Horseguards Parade Monday to Saturday and 10:00am Sunday.

The beautiful Westminster Abbey is London’s oldest church, and has been the burial place of Britain’s monarchs since the 13th century. It is full of an extraordinary collection of monuments and tombs, honouring British figures from politicians to poets. The setting for many royal weddings and coronations, it’s a must-see for any visitor to London.

Visit the warren of cellars where Sir Winston Churchill and his Cabinet met during World War II. Rooms are preserved as they were at the war’s end, with maps, equipment and even Churchill’s desk.

Houses of Parliament and Big Ben 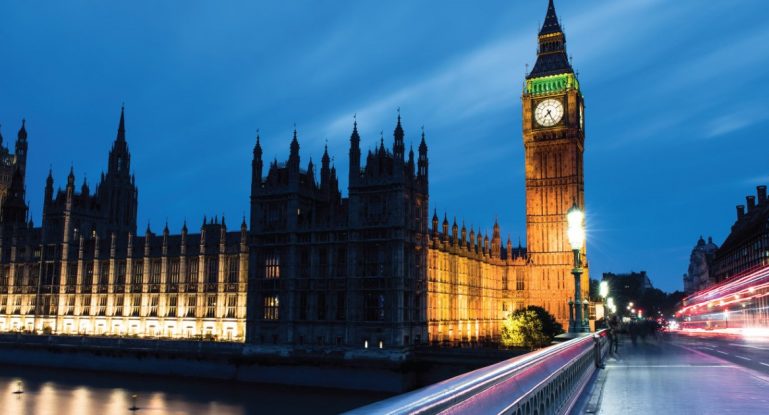 The Houses of Parliament, seat of British government, are dominated by the clock tower containing Big Ben, the 14-tonne bell. (Private interior visits are sometimes available.)

Number 10 Downing Street has been the official residence of the British Prime Minister since 1732. Whitehall is lined with imposing government buildings, and is also home to Horse Guards, where mounted sentries of the Household Cavalry stand guard.

One of the most famous squares in the world, with Nelson’s Column at its centre, surrounded by fountains and huge bronze lions.

Founded in 1824, the National Gallery is Britain’s leading art museum with over 2,300 paintings, including many Old Masters and works by Picassos, da Vinci and Constable.

Standing 443 ft tall, the London Eye is Europe’s biggest ferris wheel, and one of London’s most popular attractions. Its 32 capsules provide unrivalled views of London.

Great job Eva! Highly recommend to anyone willing to have an unforgettable experience while in London. In addition to expert knowledge, she has a passion for what she does. Thank you!
Great job Eva!, FamK68 Trip Advisor

The Tate Modern and Millennium Bridge

Tate Modern is the national gallery of international modern and contemporary art. Situated within a converted power station by the river, its massive Turbine Hall runs the length of the entire building, and you can see work by artists such as Cezanne, Matisse, Picasso, Rothko, Dali, Pollock and Warhol.

The original Globe Theatre was built in 1599 by William Shakespeare’s company, but destroyed by fire in 1613. This reconstruction of the Globe opened in 1997, and now stages plays every summer, allowing visitors to experience theatre as it would have been 400 years ago in Elizabethan times. 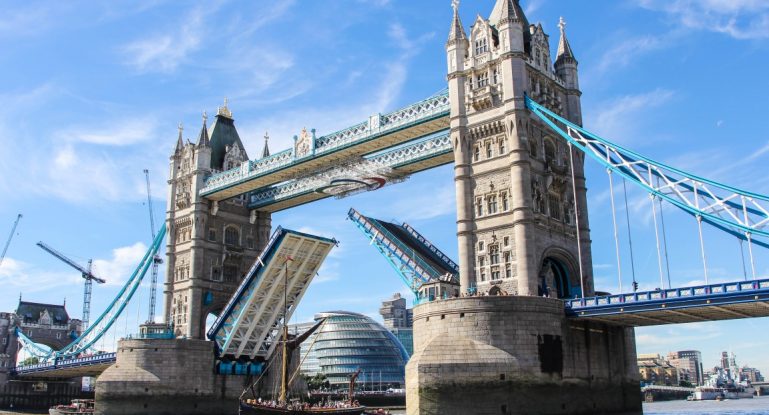 Victorian Tower Bridge has become an iconic symbol of London, with its two Gothic towers and roadway which raises to allow passing ships through.

Tower of London and Crown Jewels

The Tower of London has been standing guard over the city for nearly 1000 years. As a Royal Palace, fortress, prison, mint, place of torture and execution, and jewel house, it has witnessed many great events in British history. It is guarded by the famous Beefeaters and the ravens.

Built after the Great Fire of London in 1666, St. Paul’s Cathedral has been the lavish setting to many state ceremonies. Galleries around its giant dome provide magnificent views over the city.

The heart of the West End, famous for its dazzling neon lights and the statue of Eros.

Marble Arch was originally erected as a gateway to Buckingham Palace. Speakers’ Corner has been a traditional site for public speeches and debate since the 1870s. Park Lane is home to some of London’s most famous hotels. 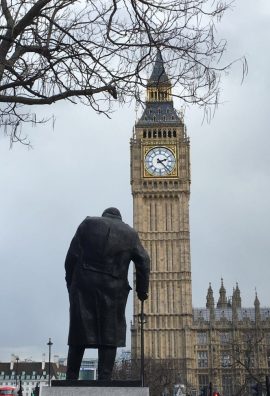 First opened to the public in 17th century, Hyde Park is the largest green space in central London.

See where many of London’s rich and famous choose to live in these exclusive areas, or browse some of the many up-market shops.

Shop at some of the world’s most famous department stores.

Royal Albert Hall was opened in 1870 and modelled on Roman amphitheatres. The magnificent Albert Memorial was built by Queen Victoria as a tribute to her late husband.

Principle residence of the Royal Family from the 1690s until 1760, and more recently, home to Princess Diana. Half of the palace is open to the public, and it houses an exhibition of royal ceremonial dress from the 18th to the present day.