Visiting The British Crown Jewels At The Tower of London

Throughout the ages, British monarchs have donned and displayed various jewels, regalia, and treasures that have been collectively dubbed as the British Crown Jewels. They have a long, detailed, and quite turbulent history about them, and most of today’s collection dates back to the 17th century. The British Crown Jewels with their illustrious history are one of the more popular attractions in London and are symbols of wealth, status, and power.

What Are the British Crown Jewels

The British Crown Jewels are a collection of 140 ceremonial objects that have been collected throughout the ages and have suffered the fate of historical vandalism at a certain point in time when they were perceived to be useless and redundant. They represent the sovereignty of the ruling monarch of the United Kingdom, and this collection includes crowns of every monarch that has ruled Great Britain, as well as scepters, swords, rings, and many other pieces of regalia. When the Commonwealth was created, Oliver Cromwell dictated the Crown Jewels to be smelted or sold, so the only piece of regalia that survived the Commonwealth is the golden Ampulla and spoon. 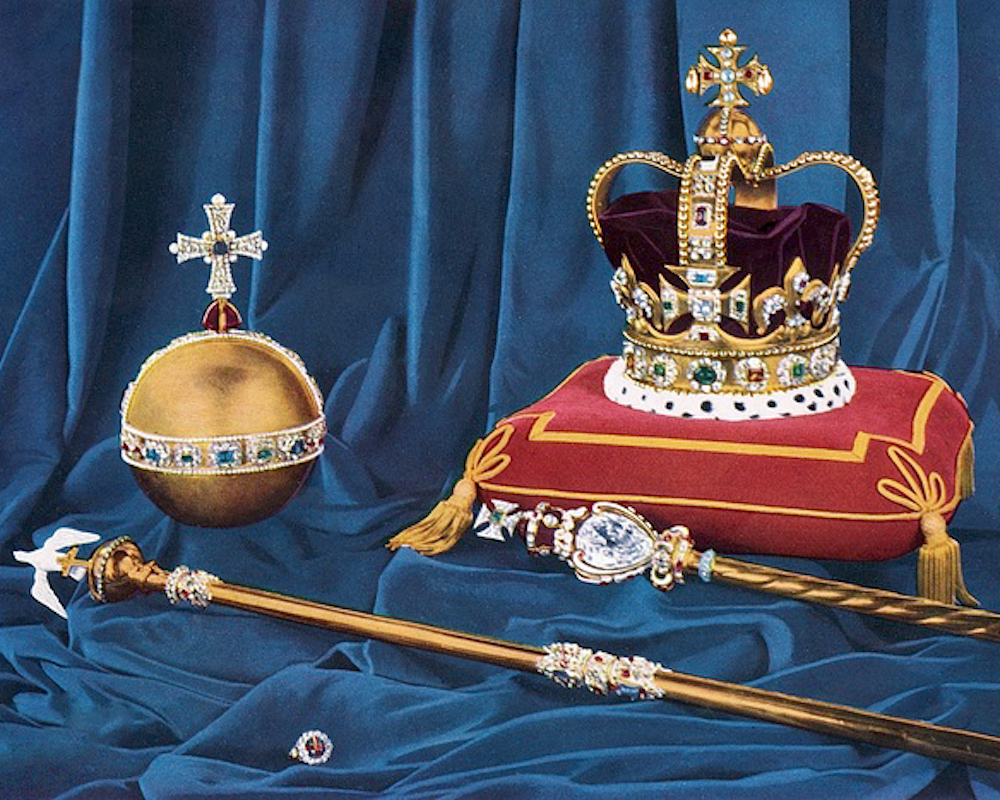 Some of the British Crown Jewels including “St Edward’s Crown, the Crown of England, which weighs nearly five pounds, the Orb of solid gold, the Sceptre with the Cross, Sceptre with the Dove, and the Ring. Photo Credit: Public Domain via Wikimedia Commons.

Where Are the British Crown Jewels

For hundreds of years, the British Crown Jewels have been kept safely under guard in the Jewel House at the Tower of London. They’re being guarded by the Yeoman Warders better known as Beefeaters whose sole task is ensuring the protection of these beautiful historical artifacts at all times and all costs. But there is one exception for that case – in World War II some of the British Crown Jewels were hidden in a biscuit tin and buried under Windsor Castle so that they could fall in the hands of the Nazis. That was a very desperate measure, and not even the Queen herself knew of all the details concerning their safety. While she was safely away at Windsor Castle herself, she had no knowledge of the British Crown Jewels being buried in one of the secret exits, and all under the order of her father, King George VI.

How Much are the British Crown Jewels Worth

It’s not an easy task to estimate the worth of all of these precious objects. There may not even be an answer to such a specific question, but it is possible to have an estimate for the worth of at least some of the pieces of the regalia. But even if the worth is precisely calculated there is no chance of them ever being sold again, so that point would probably fall mute. However, in the entire collection, there are also 24 thousand precious stones, and that includes the Cullinan I, which is the largest clearcut diamond in the entire world at 530 karats.

There are also other priceless artifacts in the British Crown Jewels such as the coronation spoon, and that one dates all the way back to the 12th century when the monarch was anointed as Supreme Governor of the Church of England. Queen Elizabeth herself was presented her own piece of regalia in the form of 22 karat gold armils – a medieval type of bracelet. The Cullinan I itself is said to be worth over 400 million pounds, and when every other piece of regalia is added, there is an estimate of over 3 billion pounds, but even that is not clear since the Crown Jewels themselves aren’t insured because of their priceless nature. So that’s why they’re being kept safe under lock, key, and guard at all times – not only because of their pricelessness but also their worth as a status symbol of the British Royal Family. 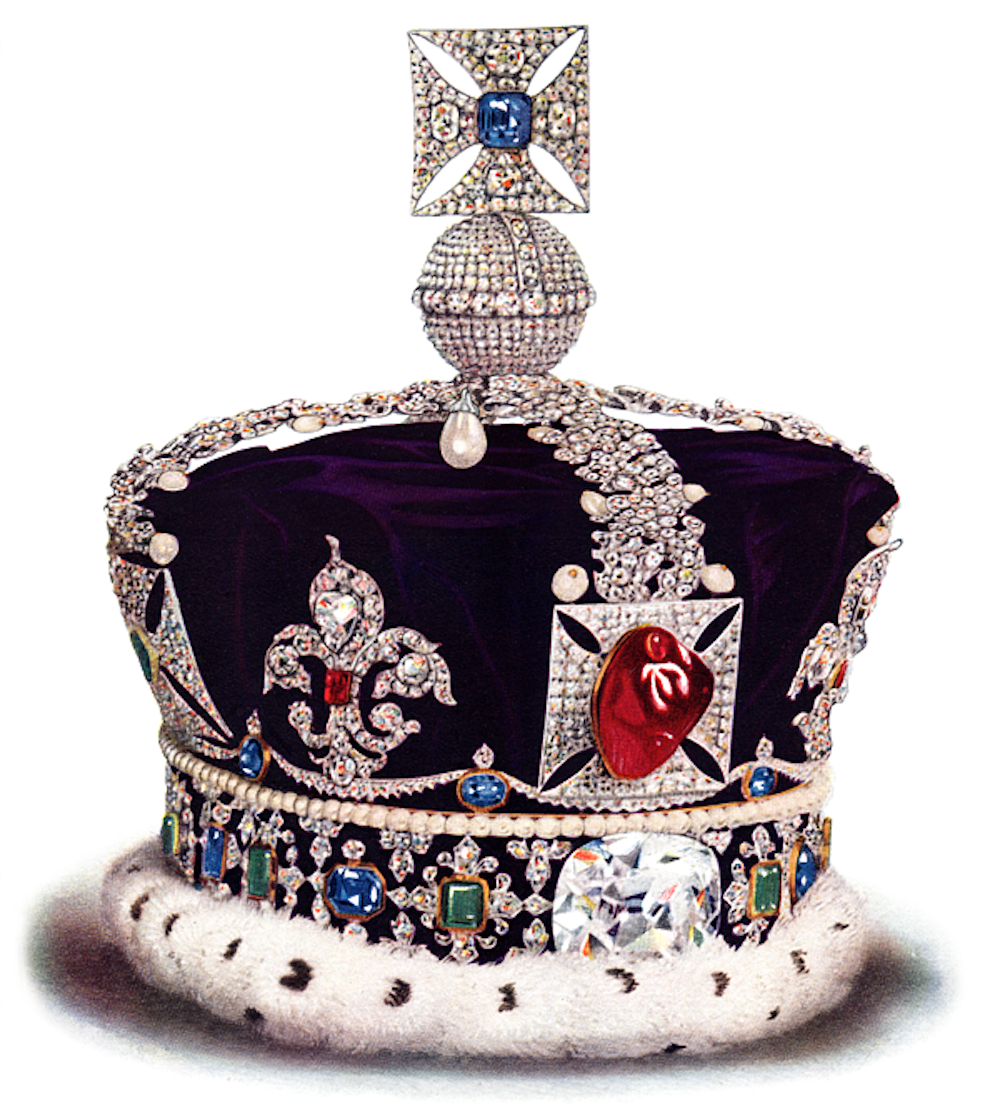 Other Interesting Facts about the British Crown Jewels

Given the immense worth and power behind these genuinely fascinating pieces of regalia, it’s not surprising that there have been numerous attempts at theft of the British Crown Jewels including one that remains a mystery. St. Edward’s Crown was stolen by Colonel Thomas Blood with three accomplices, and once they were found, Blood was offered a private audience with King Charles II. After the audience, Blood was given a full pardon and even pension, and it’s been speculated that the King was in fact behind the theft because he was short on money.

Another fascinating tale is when King William’s coronation came his crown was so heavy that it gave a devastating toothache. Instead of wearing a different crown he chose to remove the tooth instead. Also, Queen Elizabeth believes that some of the pearls from St. Edwards crown to be alive – it is said they belonged to Mary Queen of the Scots, and after her execution was purchased by Queen Victoria I. It’s described that Queen Elizabeth has a particular fondness for those pearls and that she feels they’re like living things that need warmth like all the other living creatures. 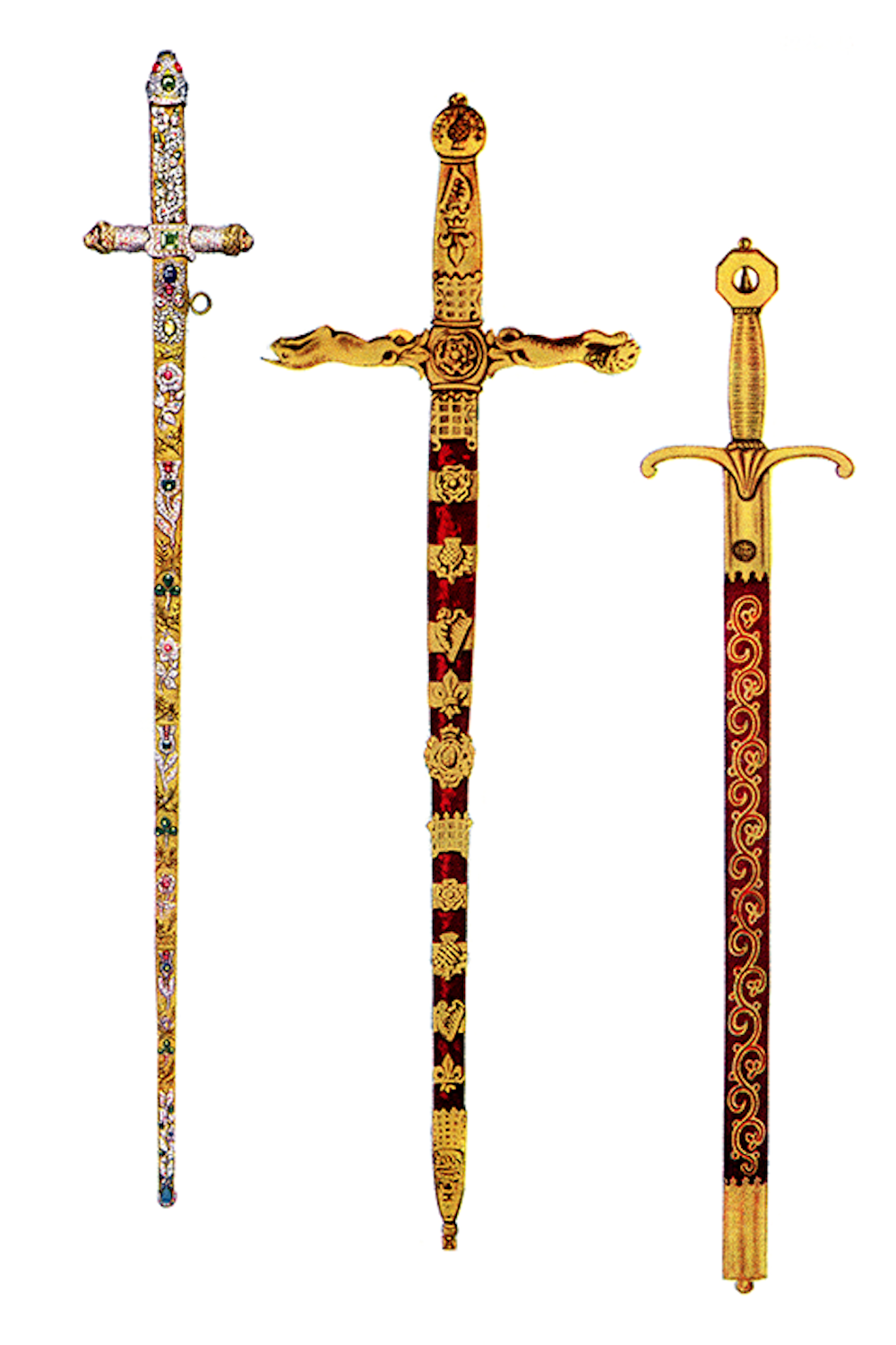 Today, the British Crown Jewels are kept safe in the Tower of London where millions of people continue to visit to look at these fantastic pieces of jewelry, swords, scepters, diamonds, and regalia. What’s unique about them, besides their worth and aesthetic, is that each item has its own history and is tied to many events, some of which have been downright bloody and brutal. The Tower of London which is often included in our London Highlights Tour is a fascinating place as is not only used as a place to store the jewels. In fact, it’s a famous historical building where plenty of significant events have happened throughout the ages, seeing as the building has stood intact for centuries and is still seeing full use to this day. No visit to London would be complete without seeing the mysterious Tower of London or the British Crown Jewels safely stored within, so make sure to include on your tour of London.