The end of a year is a perfect time to reflect and plan for the new year. For some that means, spending quality time with family and friends at home or perhaps a religious place of worship. For others, it’s a time to attend a glitzy party, mingle with friends old and new and watch the celebrations around the world. As a part of the London New Year’s Eve Fireworks event organized by the Mayor of London, locals and visitors can hear Big Ben’s famous “bongs” ring out at midnight followed by the UK’s largest annual fireworks on the Southbank near the Cocoa-Cola London Eye.

There are other alternatives to watching the spectacular London New Year’s Eve Fireworks display near the Cocoa-Cola London Eye. So via parties at nearby buildings along the River Thames also private boats such as the one organized by Guidelines To Britain. This beautiful boat which is ideal for a couple, family or group of up to twelve people has a television, sound system, fridge, and washroom. The boat which will be at the heart of the action for the London New Year’s Eve Fireworks with some of the best views and is available for hire from around 10.30 pm on New Year’s Eve until 12.15 am on New Year’s Day. The rate is £3,800 GBP for up to 2 hours. Champagne, cold drinks, snacks, canapés and sandwich platters are available at a supplementary cost. Don’t miss this fantastic opportunity for fun, fireworks and the most fabulous start to 2019! Book soon by contacting us on 0208 299 3000 or via info@guidelinestobritain.com. 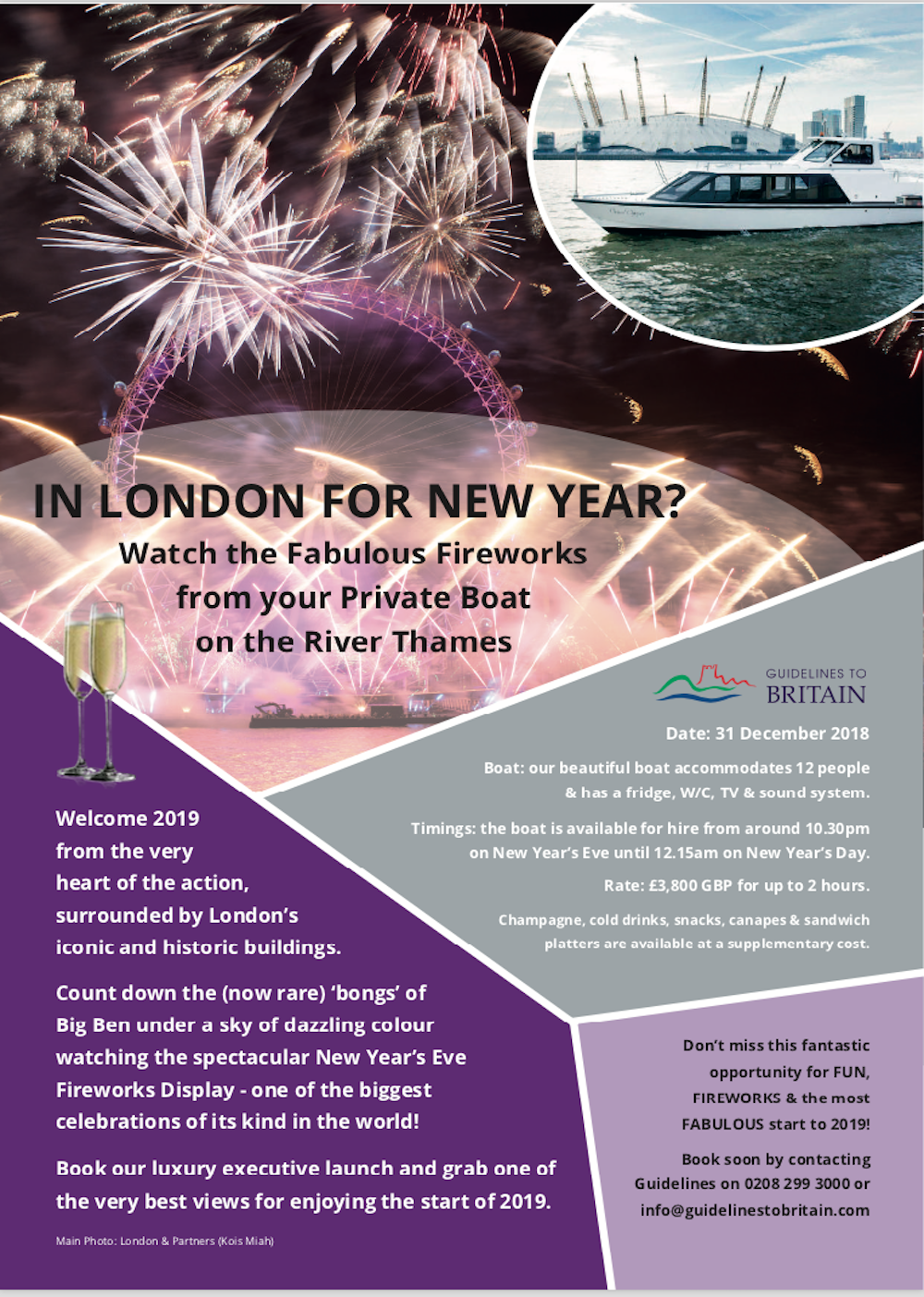