Fun Facts About The London Eye

Even though the London Eye is one of London’s newest landmarks, it is increasingly popular and so considered just as important as some of the more historic landmarks around the city. Constructed in 1998, the London Eye, a large Ferris wheel-like attraction has become an inseparable part of the city. As such, check out these interesting facts about the London Eye, as well as its very unique history.

History of the London Eye

The London Eye is located on the South Bank of the River Thames in London near Westminster Bridge, Big Ben and the Palace of Westminster. One of the most interesting facts about the London Eye is that it was originally the accomplishment of a competition sponsored by the Sunday Times in 1993. The original idea came from architect’s Julia Barfield and David Marks who wanted to construct a landmark that would commemorate the new millennium. The competition never had a decisive winner, but both Barfield and Marks had an intention of seeing their idea come to fruition. They scouted the location where the London Eye is found today, and with help from British Airways who funded the project, they started work on the wheel in 1998.

London Eye Design and Construction
Even though it looks like one, the London Eye is not a Ferris wheel. Its design is much closer to a bicycle wheel, although it’s about 200 times the size of one. The wheel has a central hub and spindle that’s connected with cable spokes to an inner and outer rim. It’s 135 meters, or 443 feet, tall and it’s quite wide at a diameter of 120 meters, or 394 feet.

One of the most unique facts about the London Eye is that it has 32 capsules attached to the wheel. These capsules represent Greater London, as it’s comprised of the City of London and its 31 boroughs. It has a very large capacity of 800 people, which is 10 times the amount that the double-decker busses can carry.

At a very relaxed pace of rotating, one full rotation on the London Eye takes about 30 minutes. This means that the wheel rarely stops for passengers, because they can easily board the wheel when they’re on the ground.

Even though the original idea was from Julia Barfield and David Marks, other architects also added their input to the London Eye. These were Frank Anatole, Nic Bailey, Steve Chilton, and several others, making it a rather unique project since a large group of architects worked on it. 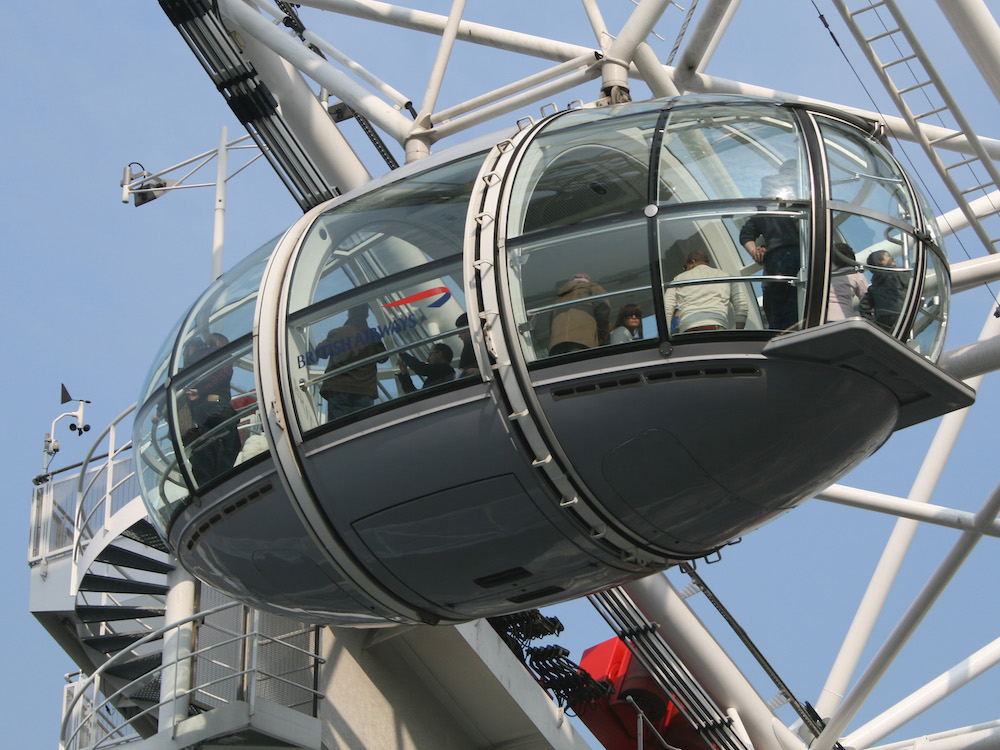 Other Interesting Facts About The London Eye

Even though it’s just barely a historic attraction, there are a lot of fun and unique facts about the London Eye. It used to be the largest Ferris wheel in the world until that title was claimed by the Star of Nanchang in 2006.
Note again that the creators refer to it as a cantilevered observation wheel and not a Ferris wheel.

One of the most unbelievable facts about the London Eye is that it gets more visitors yearly than the Taj Mahal and the Great Pyramids of Giza. In fact, over 4 million people visit and ride on the London Eye each year. Also, even though there are 32 capsules there isn’t one numbered 13. That’s because they wanted to skip this unlucky number, so the capsules are numbered from 1 to 33.

One of the most interesting facts about the London Eye is that it has a royal capsule and one of the capsules received the name of Coronation Capsule in honor of the 60th year of the coronation of Queen Elizabeth II.

The London Eye regularly changes colors and lights, depending on events happening in London and across the United Kingdom. One notable event was for Prince William and Kate Middleton’s wedding when it was lit in red, white, and blue. 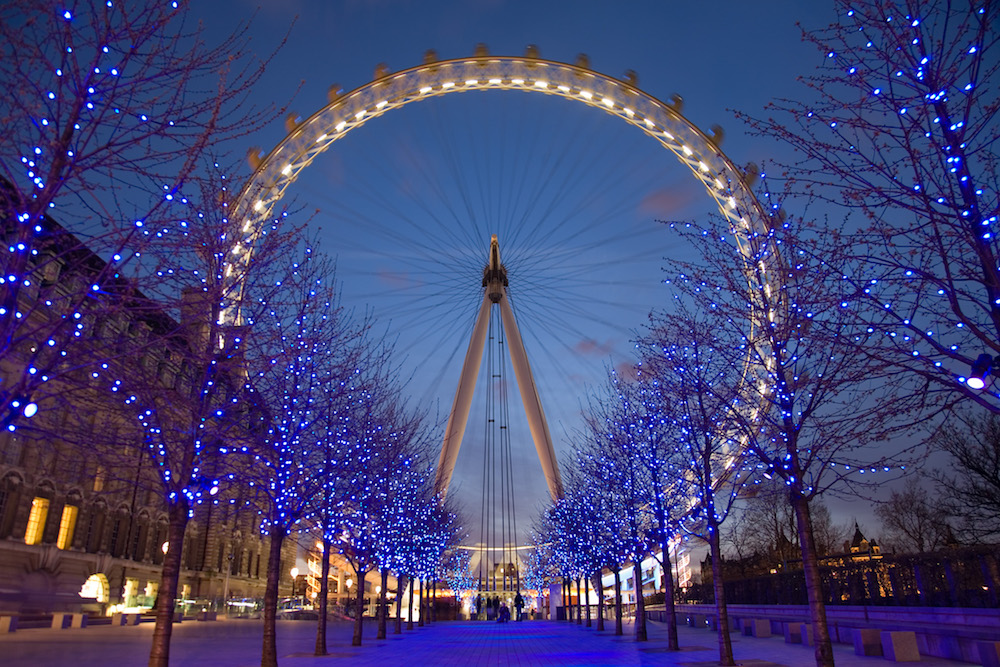 One of the best things about the London Eye is that it’s available for almost the entire year. Though the opening hours vary depending on different criteria, it’s generally open from about 10 in the morning to 6 in the afternoon but it doesn’t have insanely long queues too. The regular wait time in high season is about 20-30 minutes, but it often is much quicker than that. Of course the best thing about visiting the London Eye is the superb view of the London skyline on a clear sunny day.  A visit to the London Eye can be part of our London Highlights Tours where your guide will point out the many historical sites across London and makes for a memorable experience.