History Of Tower Bridge In London

Tower Bridge in London was built between 1886 and 1894 and is one of the city’s most iconic landmarks. Close to the Tower of London, another iconic landmark that has UNESCO World Heritage Status, the history of Tower Bridge is quite varied and interesting, which is unsurprising given London’s rich history.

The History of Tower Bridge in London

As the population of London increased during the 19-century, there was increased traffic in the city which made moving around and crossing the river difficult. Thus, a special committee was formed in 1876 to come up with ways to address the problem of traffic which was getting bogged down. One of the ideas was for a new bridge, and several architects submitted dozens of designs, but the project was delayed for eight long years. The special committee was unable to agree on a singular vision until the City Architect, Sir Horace Jones submitted a design that was deemed appropriate. Together with the help of another architect by the name of John Wolfe Barry they conceptualized Tower Bridge in the form we know today.

Once work on Tower Bridge in London started in 1886, it took 8 years and five different companies along with over 400 people to bring the two architects’ vision come to life. The aim was not just to build an aesthetically pleasing bridge that would transport people across the river, but also preserve the shipping lane. 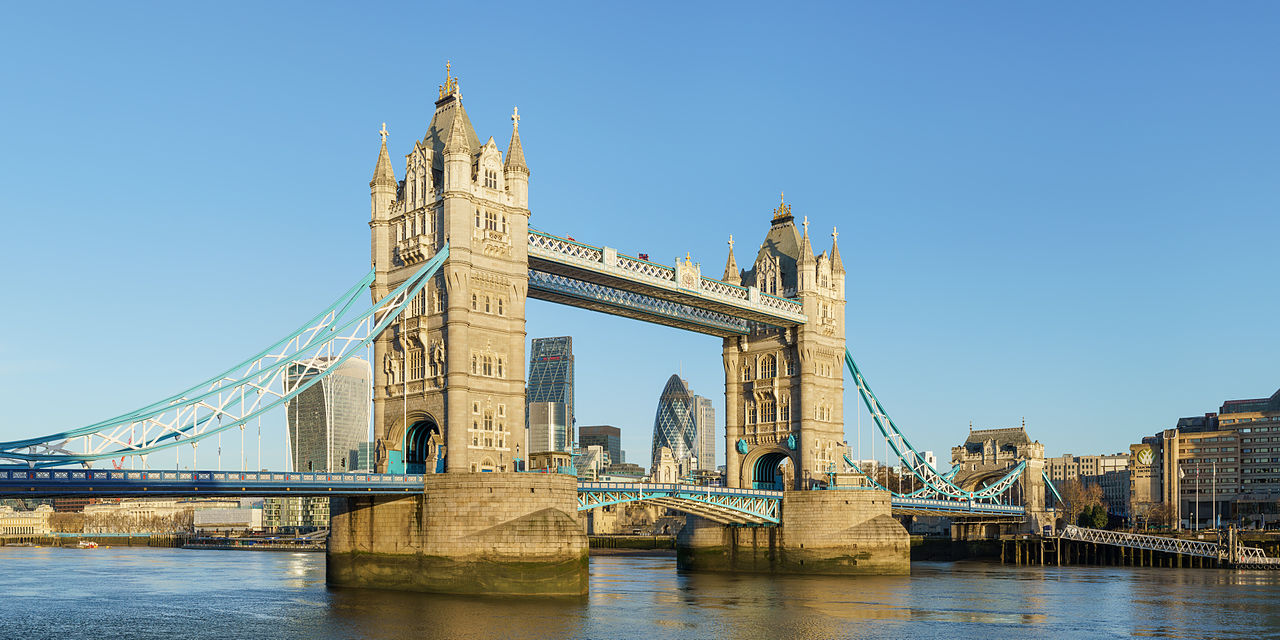 Design of Tower Bridge in London

The River Thames in London has always been an essential river with ships passing through. So to continue maximizing the river, incoming and outgoing ship traffic had to be maintained. Thus, Tower Bridge in London was designed so that boats could keep going up and down the River Thames with increased traffic on land.

Tower Bridge is more than just a bridge because it is also a bascule, which means that when it’s time for ships to pass under it, all land traffic is halted because the bridge opens up to allow for the ships to pass. This is one of the main reasons why the two large Victorian towers at both ends of the bridge aren’t just for aesthetic purposes because both of them help carry the weight of the bridge, especially when it opens up.

Tower Bridge in London is an enormous bridge that is extremely heavy. It boasts over 11,000 tons of steel, and has over 31,000 bricks, and not mention the infinite number of little bolts and rivets. Tower Bridge is a unique bridge, and its modern look differs a bit from when it was initially constructed. That’s because the color scheme has changed significantly. From the original mud brown colors, to then the colors of the Union Jack, only to be finally painted blue and white in the 1980s. 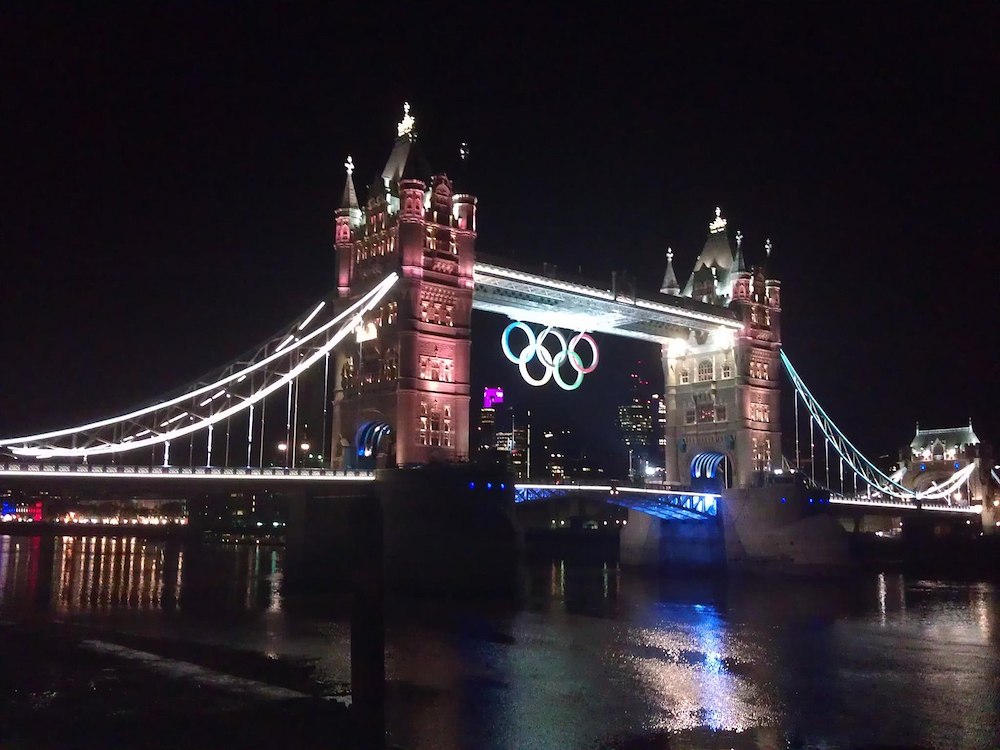 Other Interesting Facts About Tower Bridge in London

In order to pass under Tower Bridge in London, a ship has to register at least 24-hours in advance. Once cleared, they are given priority, so when this happens, traffic comes to a standstill around the bridge. Such was the case in 1997 when President Bill Clinton was passing through London and his motorcade had to wait for about 20 minutes because ships were passing under Tower Bridge.

Another interesting fact about Tower Bridge is that in the past, several guardsmen were posted at all times on the Tower Bridge. However, London’s winters aren’t exactly warm and welcoming. This is why there’s a little chimney built in on one of the towers that is well disguised so that you can barely see it’s there. The chimney in Tower Bridge was built so that the guardsmen could be warm in a secret room inside the tower.

A new addition to Tower Bridge in London is the see-through glass walkway which offers spectacular views but as its 42 metres above the river, it is not for the faint-hearted. 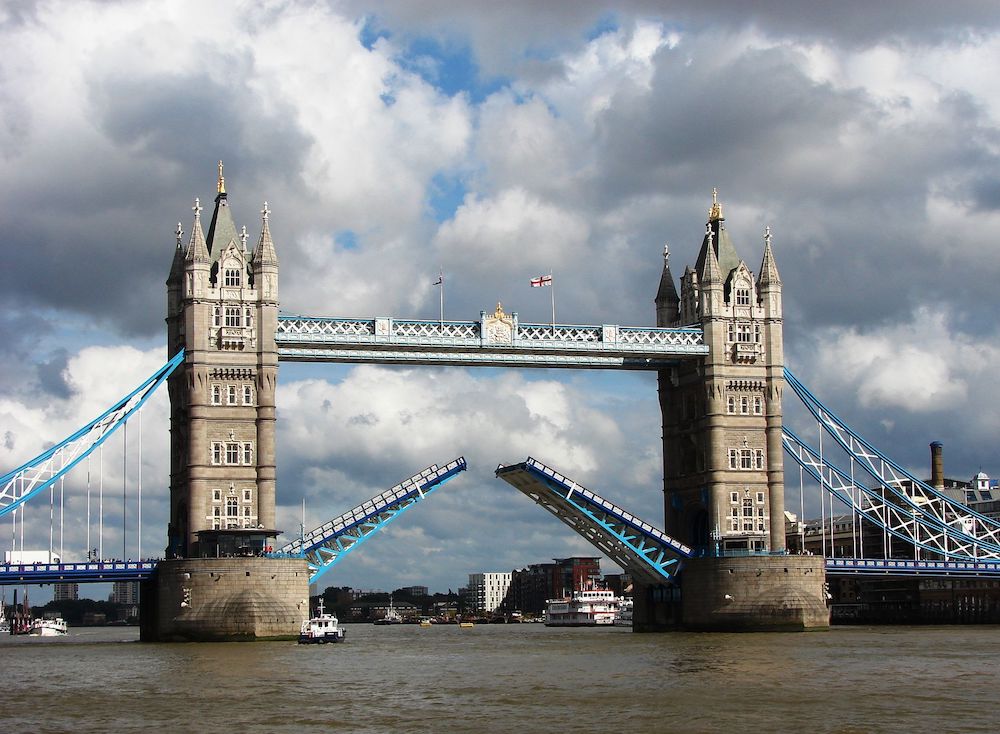 As one of London’s most important and famous landmarks, visiting Tower Bridge along with the Crown Jewels at nearby Tower of London is a treat and is often included as part of our London Highlights Tour. Even though you can pass on foot on street level, the recommended experience is going up on the walkway personally. That way you can learn more about the history of Tower Bridge, but also enjoy splendid views of London across the city.

London has many monuments, and a lot of them are iconic. However, the Tower Bridge has a certain charm that most of the other landmarks don’t, and it’s a unique structure in and of itself. It’s worth a visit, and it’s always fun to see the ships passing below you as you’re enjoying a nice calm moment at the bridge’s walkways.