History of Westminster Abbey, a Royal Church in London

The most important church in all of England for the British monarch, Westminster Abbey has been around for a very, very long time – one thousand years to be more precise. It’s also one of the most important historic buildings as well and walking inside the building and on its grounds feels like history has come to life. Not only that, but thousands of people have been buried on its grounds, and all of the coronations have taken place at Westminster Abbey ever since the coronation of William the Conqueror, including that of Her Majesty Queen Elizabeth II.

Another essential part of the history of Westminster Abbey are the weddings – these royal ceremonies have taken place in Westminster Abbey since Henry I’s marriage in 1100 AD, but even besides these events, Westminster Abbey is an increasingly popular tourist attraction that’s open to the public almost every single day. Due to its fantastic gothic design and detailed history, many people from all around the world continually flock to see this marvelous historical building in the heart of London. 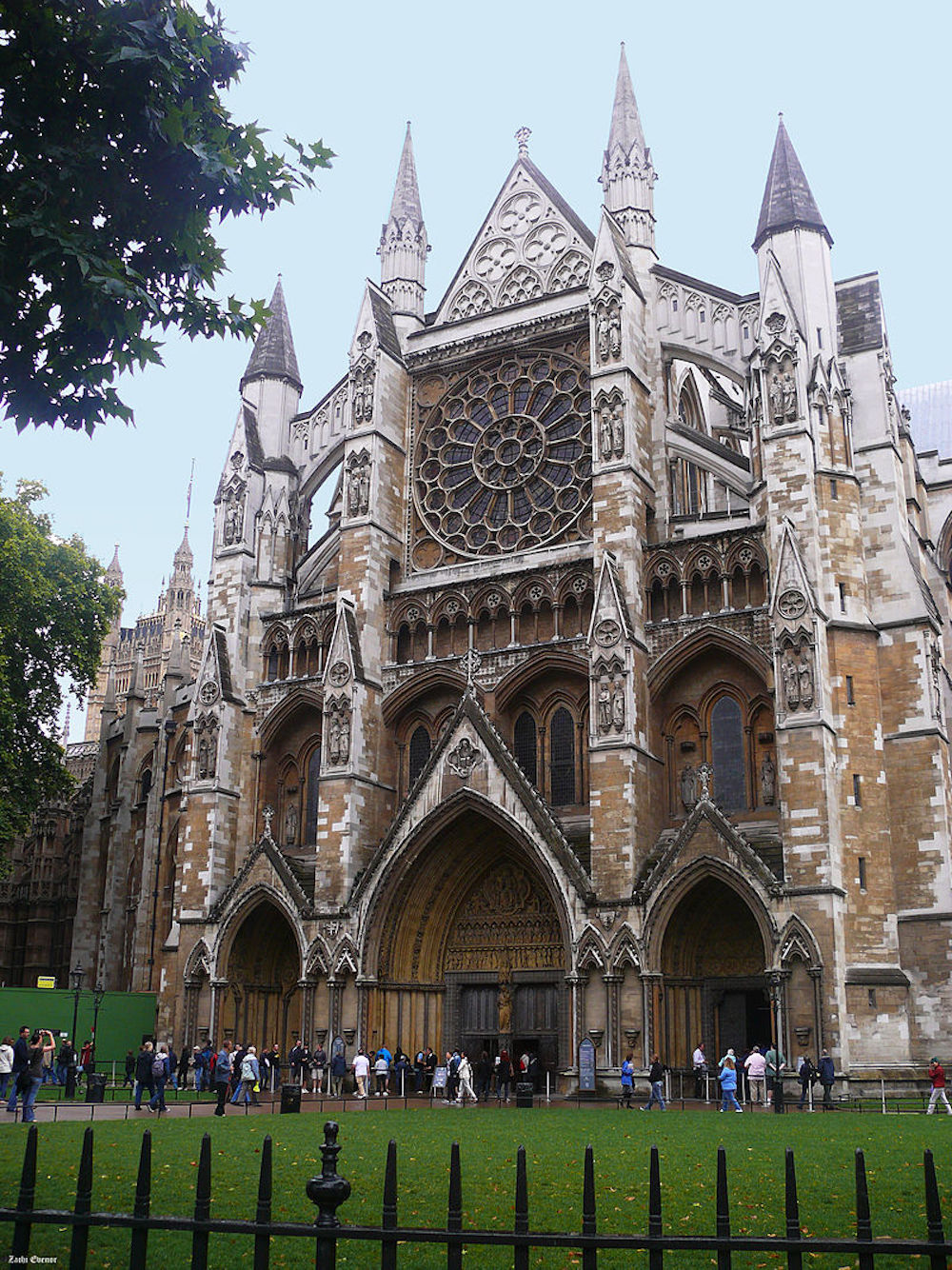 Legend has it that a very long time ago there was a tiny church on a small island in the River Thames that used to be known as the West Minster, and was also consecrated by St. Peter the Apostle. In the second half of the first millennium there was a community of monks living on that same island, and on those same grounds, St. Edward the Confessor ordered a new church to be built, and later consecrated. But that’s not where the history of Westminster Abbey ends, because a couple of centuries later the church was torn down to be replaced with today’s version of the Abbey.

Over the course of centuries, different parts were rebuilt, like the Normal-style nave, or the chapel of King Henry VII. In the meanwhile, Westminster Abbey continued functioning all the time and hosted many significant events including royal coronations, weddings, and burials. Parts of Westminster Abbey was damaged during World War II by the same bombs that devastated large parts of London but was restored soon after the war ended. Westminster Abbey is a place with long-standing traditions and is an important symbol of the British Royal Family, so its importance cannot be overstated.

England is a country with history that stretches with millennia, so it’s no surprise that tradition and old rites are still a big part of its culture. Except for two monarchs, every king and queen has been crowned in Westminster Abbey, and that’s a tradition that has been going on for a thousand years. The two exceptions were kings Edward V and Edward VII, but that has nothing to do with Westminster Abbey, but rather with them not being crowned at all. These beautiful events have been taking place in the world-famous Chair of Coronations – one of the world’s most-known pieces of furniture. It’s a chair explicitly made at the request of King Edward I to enclose the royal artifact known as the Stone of Scone – a block of old red sandstone on which every coronation was to take place, and has, ever since the Chair of Coronations was built. The only exception is the joint-monarchs Mary II and William II who requested their own personal chairs. 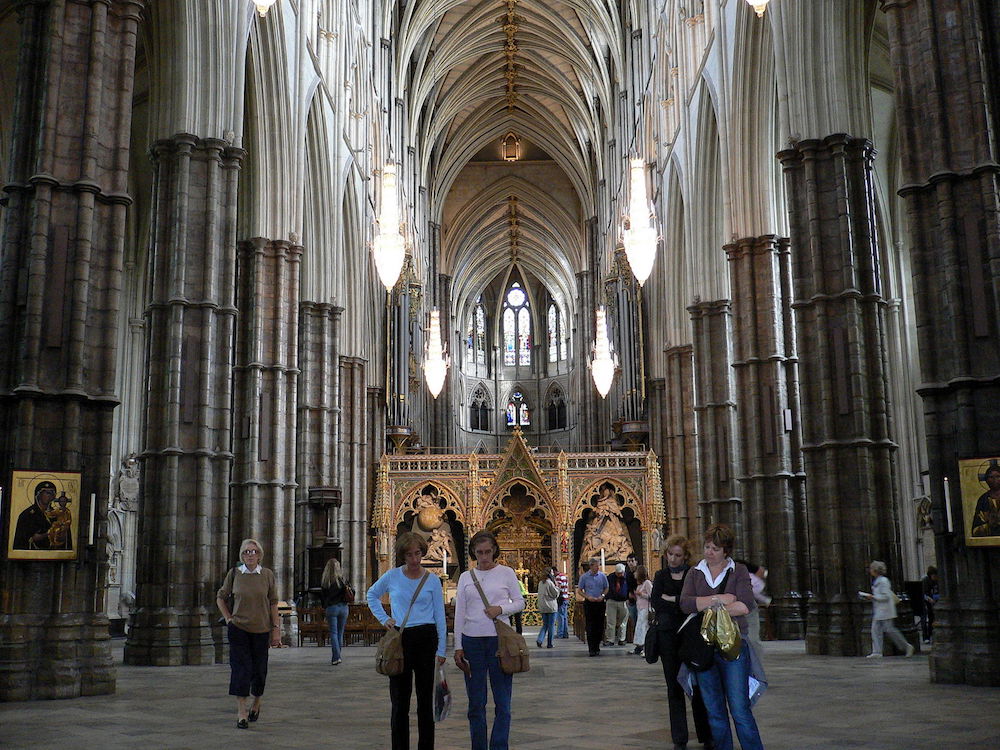 The history of Westminster Abbey is filled with fascinating events, and on the forefront are the royal weddings that have taken place since Henry I married Matilda of Scotland in 1100. While there is only one other monarch that was wed in the halls of the Abbey – Richard II, who married Anne of Bohemia in the 14th century – there were 15 other weddings in the history of the Abbey, out of the total of 17. The last royal wedding to happen in Westminster Abbey was the Duke of Cambridge Prince William’s wedding to Kate Middleton, and while Westminster Abbey was full, with the 3,000 people limit easily reached, the wedding itself was watched by millions more across the globe.

Over the course of the history of Westminster Abbey, thousands of people have been buried on its grounds. It’s not only the resting place for members of the royal family and their retinue but also where plenty of famous people have been buried as well. People who’ve distinguished themselves in the eyes of the Crown for different reasons have been granted burial space at Westminster Abbey – people like the world-renowned biologist Charles Darwin, Sir Isaac Newton, David Livingstone, Charles Dickens, the poet Geoffrey Chaucer and many, many more. Nowadays the burial space is increasingly limited, so the only burials that are allowed are cremations – including Professor Stephen Hawking’s, whose ashes were interred in the Abbey on March 31st.

Other Interesting Facts about Westminster Abbey

While Westminster Abbey itself is very well known, its official name is not. The full name of Westminster Abbey is the Collegiate Church of St. Peter at Westminster. It came to be known as Westminster Abbey in order for it be distinguished from the Eastern Minster Abbey in the past. That’s not the only interesting fact in the history of Westminster Abbey, however, for example, tens of thousands of sandbags were used to protect the ancient tombs during World War II. Also, even though weddings and similar ceremonial events are practically impossible to be held for regular people outside the royal family, the Order of the Bath, and for people living in the Abbey’s precincts, regular worship does happen every Sunday.

Westminster Abbey is one of the top attractions in London and so is often requested as part of our London Highlights Tour. Millions of people visit Westminster Abbey to marvel at the magnificent Gothic building that is now a UNESCO World Heritage Site with over a thousand years of history.