There are many castles and stately homes in England and throughout the rest of the United Kingdom, each with their own exciting history. Some are more well known than others, like Windsor Castle which was the location of Prince Harry and Meghan Markle’s 2018 summer wedding. The castles and stately homes are mostly found in the countryside, away from cities and were often purpose-built to house royal or aristocratic families. Boasting many spectacular rooms and stunning architecture, these buildings are a brilliant way to spend a day out of the city. Our list below focuses on five magnificent stately homes in England that are less well known, but equally worthy of a visit!

The first of our stately homes in England brings us to Chartwell, a large country house in Kent where wartime prime minister Winston Churchill lived for more than 40 years. It is where he hosted key political meetings including those necessary to organise his campaign against German re-armament.

Whilst the Chartwell that we can see and visit today was mostly built in the early decades of the 20th century, the estate’s origins can be traced all the way back to the 1300s. Local records from around this time suggest that the first property built here was in 1362, and likely named after the ‘well’ which years later still supplies water to ponds on the northern side of the house.

Over the years it has been owned by many different families before finally being purchased by friends of Winston Churchill for the National Trust. It has been open to the public since 1966, and you can now come and visit the beautiful estate consisting of the house and gardens. It features a rich history, but also magnificent views of the Kent countryside. 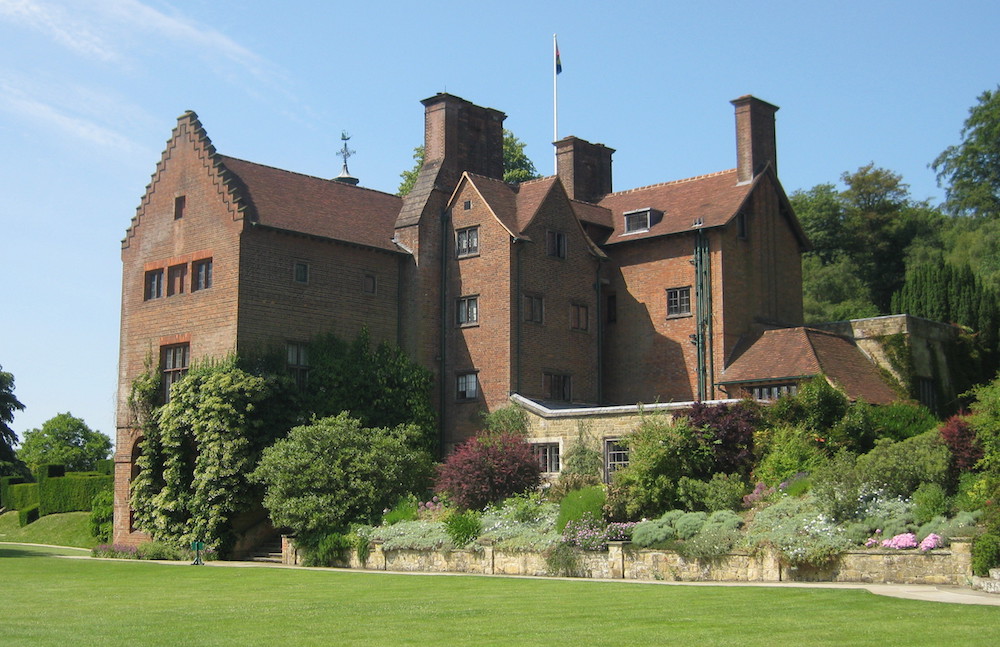 The second stately home in England on our list is Baddesley Clinton which is rarely mentioned in discussions of Britain’s stately homes, despite having both intriguing features and somewhat of a bloody history! Firstly, it is the only moated property we have featured on our list – which by itself makes this former working manor worth a visit. Likely built in the early 15th century, it has changed hands many times over the years – some inhabitants of note would be novelist Lady Chatterton, and John Brome – under treasurer to King Henry VI.

And it is with John Brome where the Baddesley begins to take a darker turn; he was brutally murdered, supposedly in an argument over some property close to Warwick. Later occupants of the manor were Catholic recusants, the Ferrers, who added several priest holes through the course of the property. They would serve their purpose well during raids by local authorities in the reign of Elizabeth I, with no record of anyone being discovered. Again, this is a truly unique stately home with plenty to see, not to mention it is situated just over from historic towns Warwick and Kenilworth. 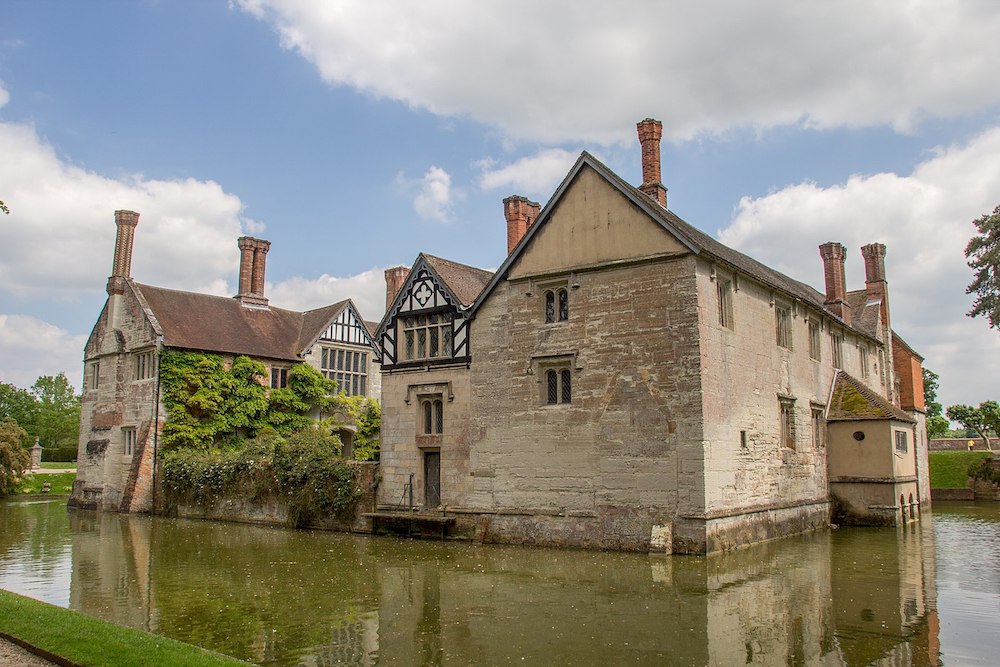 The third of our stately homes is Hatfield House which was built around 700 years ago by former Archbishop of Canterbury, John Morton. During Henry VIII’s reign of the early 1500s, many church properties were seized, and Hatfield was no exception. The monarch most famously chose the property has the place for his children Mary I, Edward VI and Elizabeth I to spend their formative years. It is rumoured that it was under an oak tree in the Hatfield park where Elizabeth was informed that she would be taking over the thrown from the then queen, Mary I.

The house possesses an enthralling collection of Tudor paintings and artefacts, including The Rainbow Portrait (of Queen Elizabeth I), considered by historians to be the most colourful Tudor portrait. But it is not just the house people come to see, the magnificent gardens are what also make this stately home a perfect addition to any itinerary. The first Cecil ancestor that moved into the property employed to set about collecting a superb variety of trees and plants that had not been previously grown in England, laying the foundations of the beautifully fragrant gardens one can come and visit today. 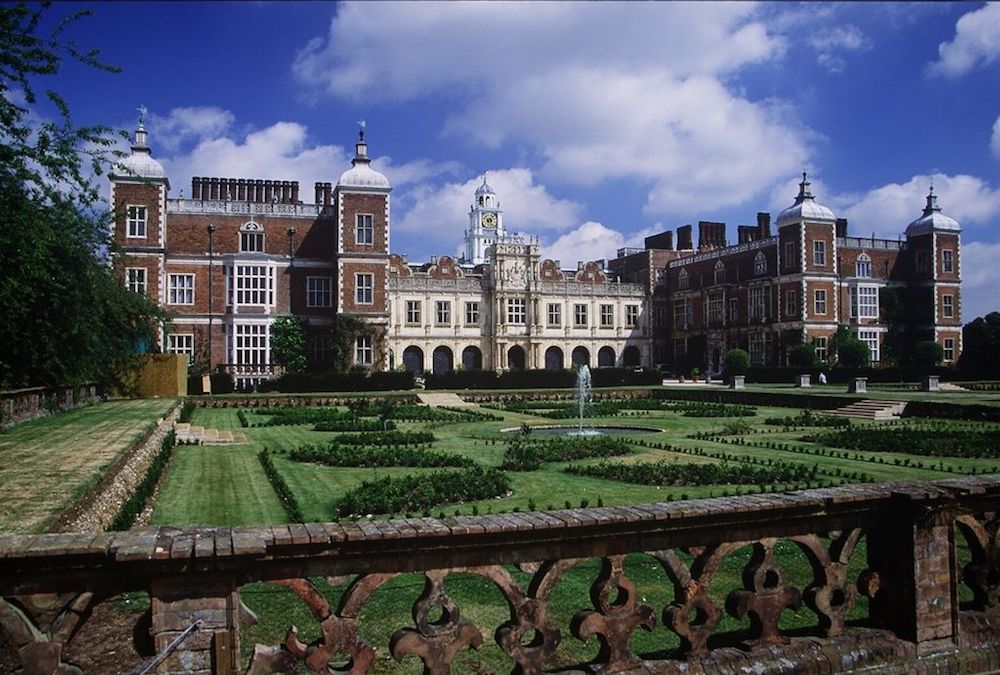 Built much later than others mentioned our fourth stately home, Waddesdon Manor was developed by Baron Ferdinand de Rothschild over some years beginning in 1874 (The Rothschild family is far too long to detail here but their story is an interesting one if you have the time!). It is an outstanding example of French renaissance architecture, accompanied by over 5000 acres of parkland.

Over the years it would be host to a number of Ferdinand’s house parties, all of them commenting on the luxury of the building as well as the specially selected staff that were chosen to serve them. In the years following it would be destined to serve an entirely different function, housing evacuated children from London as well as a safe haven for a group of Jewish boys.

Like many other stately homes in England, it was passed through the family, heir to heir until it was handed over to the National Trust in 1957. Since then the manor has undergone numerous refurbishments to create an incredible experience for its visitors – including its wine cellar with over 15,000 bottles! Running a number of wine tasting events throughout the year, those working in the cellar are also able to provide informed suggestions for connoisseurs amongst the visitors. 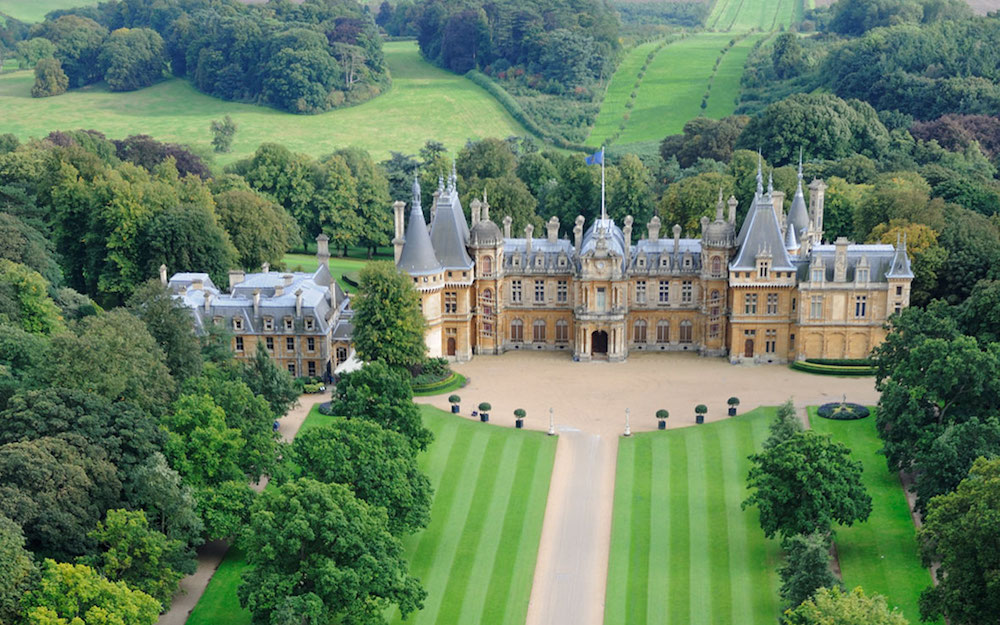 The fifth and final stately home takes us to the home county of Buckinghamshire, where Dorney Court lies. Its history dates as far back as the 11th Century, evidenced by its inclusion in the Domesday Book of 1086. The book was produced on orders of William the Conqueror and was a nationwide census and the first known of its kind. The name Dormy actually means ‘island of bees’ in old Saxon vernacular, and honey is still produced here hundreds of years later.

Through the years many different families occupied the house until 1542 when it was sold to Sir William Gerrard (a former Mayor of London). Sir William is an ancestor of the Palmer family who still lives in the house to this current day!  Dormy Court is a beautiful Tudor manor house, accompanied by a truly marvellous garden. It is not hard to see then why the property is used frequently for filming; it has been used as a set for British favourites such as Midsomer Murders and Agatha Christie’s Poirot. 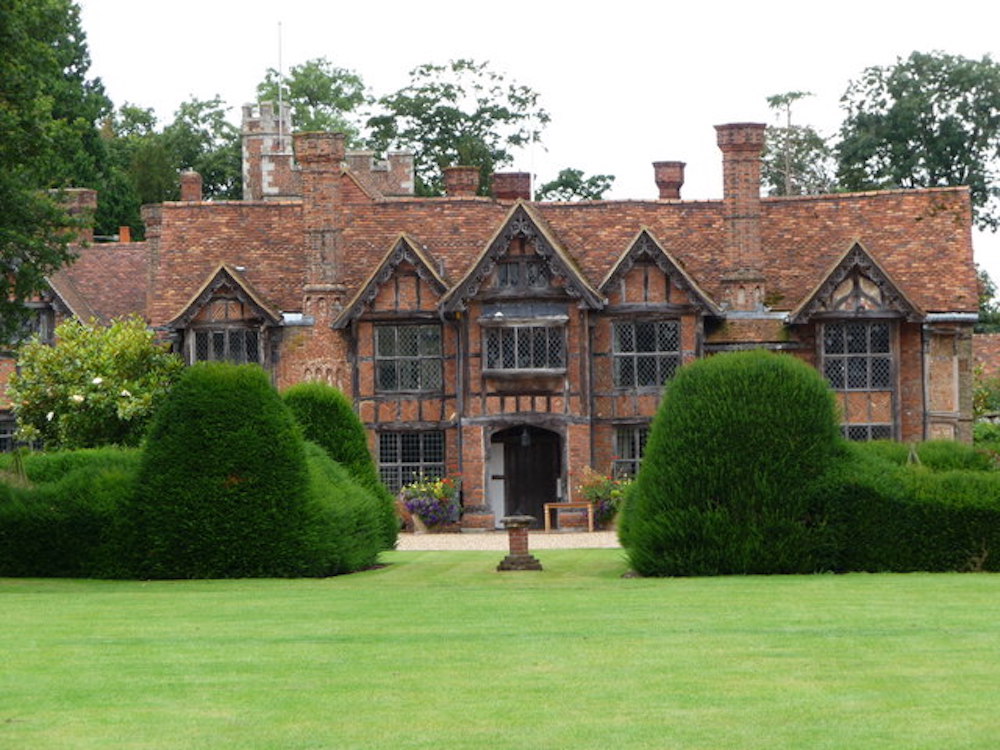 We hope that this list sparks interest for those that like classic British heritage sights, as well as those that prefer less touristy, ‘off the beaten track’ destinations! If you would like to visit one or more of these stately homes in England, consider one of our Countryside Tours. We are also able to customise based on your interest.

Luke Harris is an Operations and Tour Executive with Guidelines to Britain.