One of the most famous castles in London and really all of England is Windsor Castle which has a long detailed and fascinating history. The castle itself has been occupied for a very long time – for a millennia in fact, ever since the legendary William the Conqueror ordered for the first Windsor Castle to be erected as a relatively small motte-and-bailey castle in 1070. Since then Windsor Castle has been continuously occupied, and maintained as one of the British Monarch’s most prized building. Improvements, renovations, sieges and fires, all play a part in the exhaustive history of Windsor Castle. In the millennia that followed since its founding, it’s been considered as one of the most important castles in all of England, and is one of the three main residences for current British Monarch, Her Majesty Queen Elizabeth II. 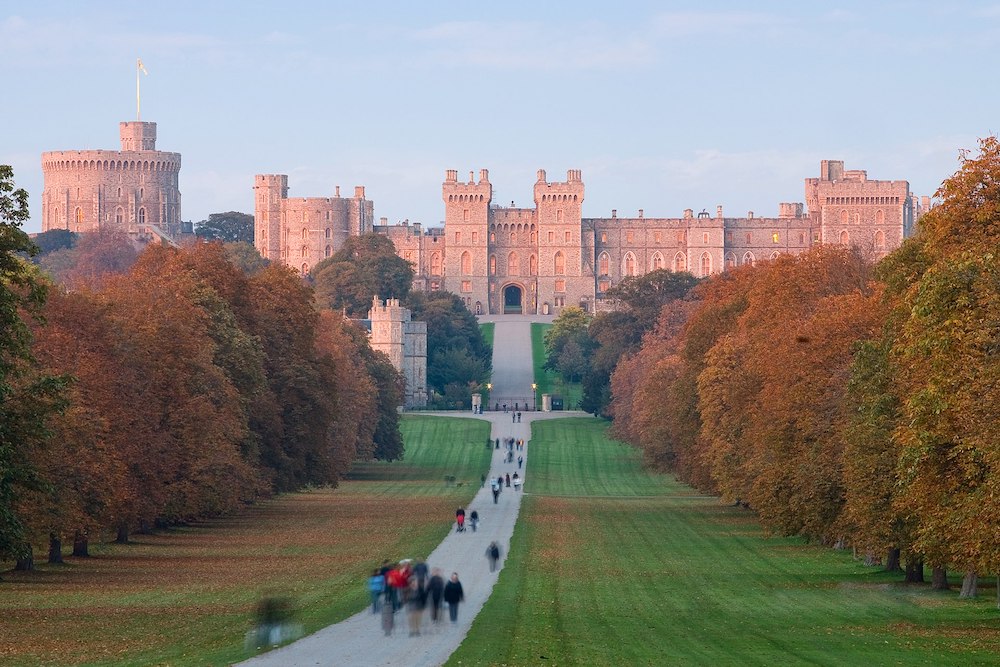 Windsor Castle at sunset as viewed from the Long Walk in Windsor, England. Photo Credit: © David Iliff via Wikimedia Commons.

King William I – also known as William the Conqueror – chose to build Windsor Castle high above the River Thames, west of London, because it was a good strategic location for several reasons. It was close to the capital, near a Saxon hunting grounds, and protected entry into London from the west. All things considered this was the ideal location for a residence for the rulers of England. Afterwards, several additions had been added to the castle throughout the ages – like new apartments that were better suited for the royal family, better, sturdier, and taller walls, a new chapel, a better courtyard, and many other improvements. There was even an extensive agenda for improvements in the 16th century which finalized the overall look and feel of the castle, even though there were a few other additions over the centuries. All in all, the castle has an absolutely majestic appearance, and is an imposing sight to this very day.

Who Lives at Windsor Castle

Throughout the history of Windsor Castle there have been numerous royals that have taken residence in this majestic castle. Even though William the Conqueror was the king that founded the castle, neither he nor his successor – William II – resided in Windsor Castle. It was the Conqueror’s fourth and youngest son who was the first sovereign to take up residence in Windsor castle. Since then the castle has been continuously occupied as one of the primary residences of England’s ruling family. Today Windsor Castle is where the Queen Elizabeth II spends most of her weekends and also hosts important meetings with foreign heads of state, monarchs, presidents, and rulers. Other than that, the period around Easter is when the Queen takes a full residence in the castle and organizes fine dining events for many politicians – this time of the year is also known as Easter Court.  Windsor Castle and particularly George Chapel is also host to numerous weddings, including the recently held ceremony for Prince Harry and Meghan Markle now the Duke and Duchess of Sussex. 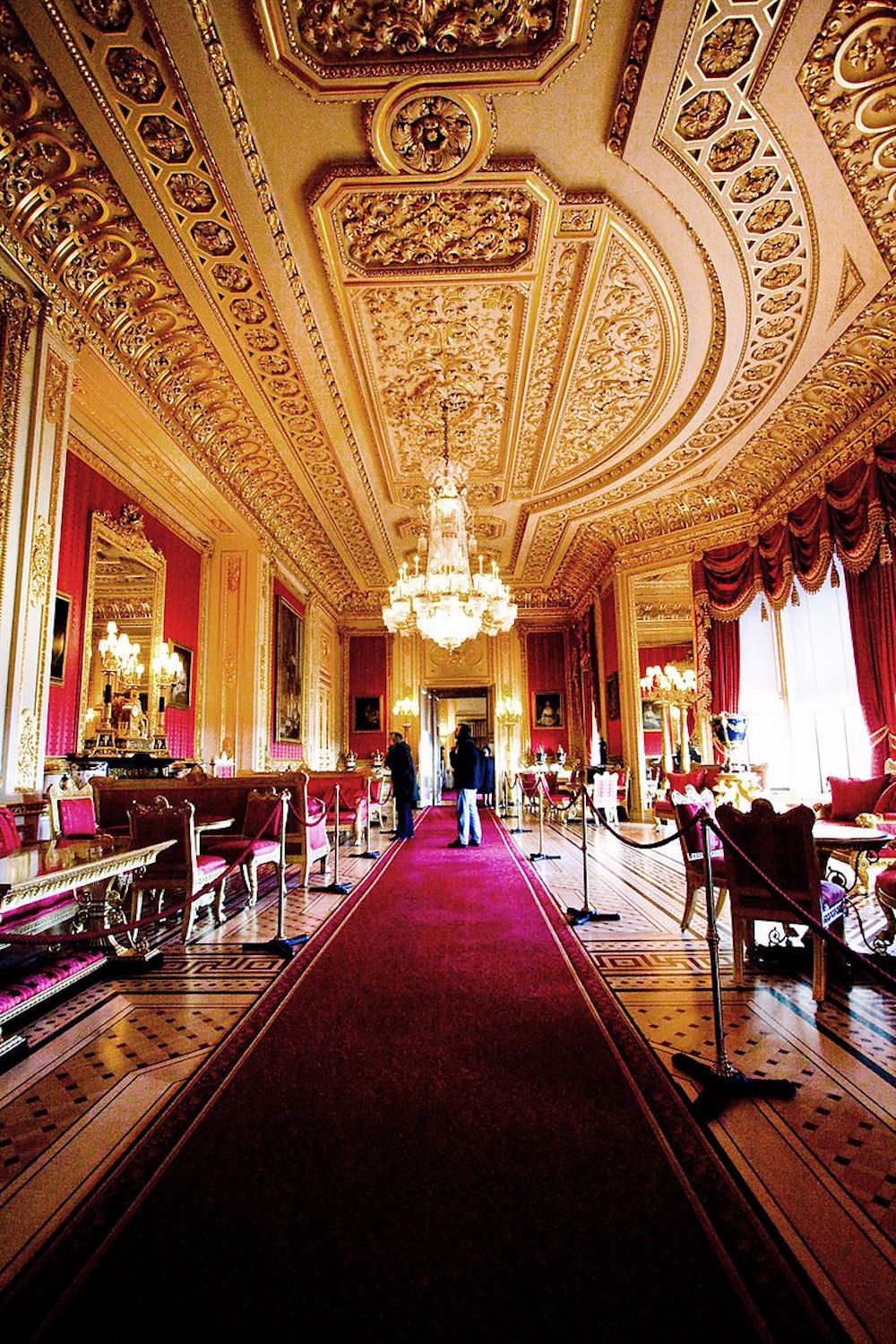 Changing the Guard at Windsor Castle

Because the history of Windsor Castle is deeply fused with epic tales of chivalry and bravery, part of its charm and appeals comes from the spectacle that is the changing of the guard. This ceremony is quite famous, and is performed at other locations like Buckingham Palace, but here at Windsor Castle it’s just as spectacular as anywhere else. It’s a traditional parade where the Old Guard who have been previously guarded the Queen are being relieved of duty by the New Guard, who are then going to continue with the guard duty. The parade itself is a stunning display of synchronized marching which is accompanied by music, and seeing the soldiers march up and down the streets is free of charge, though there is a ticket to continue watching the ceremony from inside the castle. These are real soldiers, however, so impeding with the ceremony in any way is absolutely discouraged, because there might be unwanted consequences.

Other Interesting Facts about Windsor Castle

The history of Windsor Castle is filled with stories and tales, each one more interesting than the last. One of the most famous ones is about the infamous Prince John, who was the brother of King Richard the Lionheart who fought in the Third Crusade at the time. Prince John – also known as the antagonist in the legend of Robin Hood – tried to hold off a siege in Windsor Castle against the rebelling barons but had to flee in France before returning years later. Not every other part of the history of Windsor Castle is as bombastic, though, but there are unique stories like it being a used as a prison in the English Civil War in the 17th century, or improving the fortifications of the castle so as to better defend the entire royal family from the Blitz. In 1992 there was a massive and devastating fire that laid waste to a large part of the castle, and over a hundred rooms were severely damaged. There was an extensive repair program that costed tens of millions of pounds. 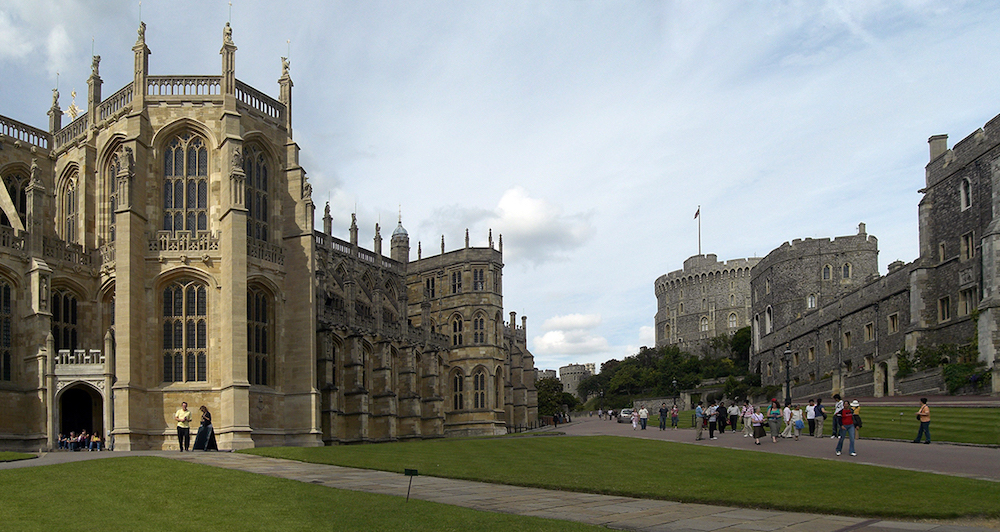 There are restrictions on when you can tour the inside of Windsor Castle but its gates are fully open to the public from March to October, while in the winter months it’s open only a few days of the week, depending on the schedule. It opens at 9:30 in the morning and it’s open until 5:30 PM, and the final admission is 90 minutes before closing. Windsor Castle is a great place to visit, because it has other great attractions near the castle, like the town of Windsor, but the castle itself is a splendid site with tons of history. From London you can take one of our driver guide tours that provides extra insight and information on the history of Windsor Castle, as well as its inner workings.