1. The Avebury Stone Circle dates back to the Neolithic age.

The Avebury Stone Circle was built during prehistoric Britain. It dates back to the Neolithic Age (also known as the New Stone Age) over a course of centuries, roughly between 2850 BC and 2200 BC. Just to give you an idea of how marvelous a feat this architectural wonder is, people in the Neolithic Age still primarily used stone tools, with evidences of early metallurgy and pottery, but no advanced technology to transport and erect each stone in place. The Neolithic Age also marked the beginning of the Agricultural Revolution and the start of domestication practices in Eurasia and other parts of the world, which give an insight (but no clear evidence) on why it was built for.

The Avebury Stone Circle was built roughly 4,000 to 5,000 years ago and has survived centuries of weathering and erosion. Originally, there were 100 stones in the Avebury Stone Circle, with 29 or 30 stones comprising its outermost ring. The outermost ring of the Avebury stone circle has a diameter of 1,088 feet, making it Britain’s largest stone circle. Meanwhile, the northern and southern inner rings have diameters of 322 feet and 354 feet respectively. 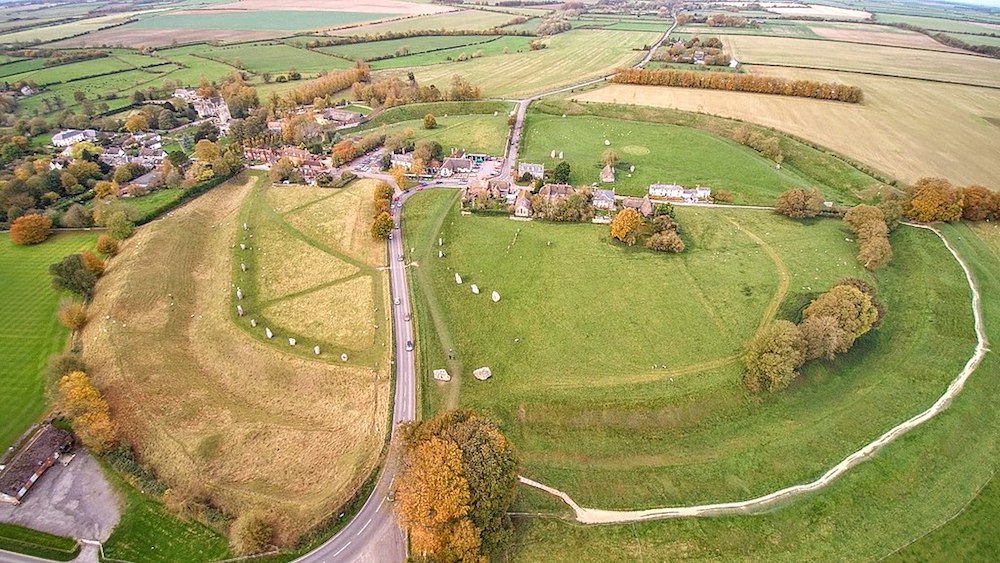 3. The stones of the Avebury Stone Circle are massive.

What adds to the perplexity of the Avebury Stone Circle is just how massive the stones that comprise it are. Given the time period when these stones were erected, one wonders how prehistoric people were able to take each stone to its position and push it upright. They did not have trucks and cranes to help them put the stones in place when some of them weigh more than 40 tons (that’s 80,000 pounds!). The stones were tall, too. They measure from 12 feet to as tall as 18 feet.

4. The Avebury Stone Circle is one of several sites that comprise the UNESCO World Heritage Site in England.

The Avebury Stone Circle is just one of several sites from the Neolithic and Bronze Ages in the region. These sites, which you can all visit during your trip, include:
• West Kennet Long Barrow, a series of chambered tombs built around 3650 BC where fifty people were buried;
• Windmill Hill, a group of three concentric but intermittent ditches where many animal bones were found, suggesting animal feasting or rituals by Neolithic peoples;
• Silbury Hill, an artificial mound, the largest of its kind in Europe, which was completed in 2400 BC. Like the Avebury Stone Circle, its purpose remains unknown.

5. No one is sure what the Avebury Stone Circle was built for.

Because this British Stonehenge was built prehistorically, there are no written records to attest to their function or purpose. But several archaeologists postulated all the same. For instance, Aubrey Burl believed that whichever group of people built the Avebury Stone Circle used it as a peace offering to the gods who controlled the climate and other natural occurrences so that they might be protected from diseases and disasters that could harm them. A different theory, supported by the animal bones found around the area, suggests that it was a site for feasts and gatherings of Neolithic peoples.

6. The Avebury Stone Circle was a worship site.

Aubrey Burl’s theory about the purpose of the Avebury Stone Circle was mentioned earlier. He believed that the Neolithic peoples used it to worship gods in exchange for protection against natural disasters and diseases. As the times changed, the Stonehenge retained its religious significance. Civilisations in the Medieval Age may have also used it for pagan and devil worship. 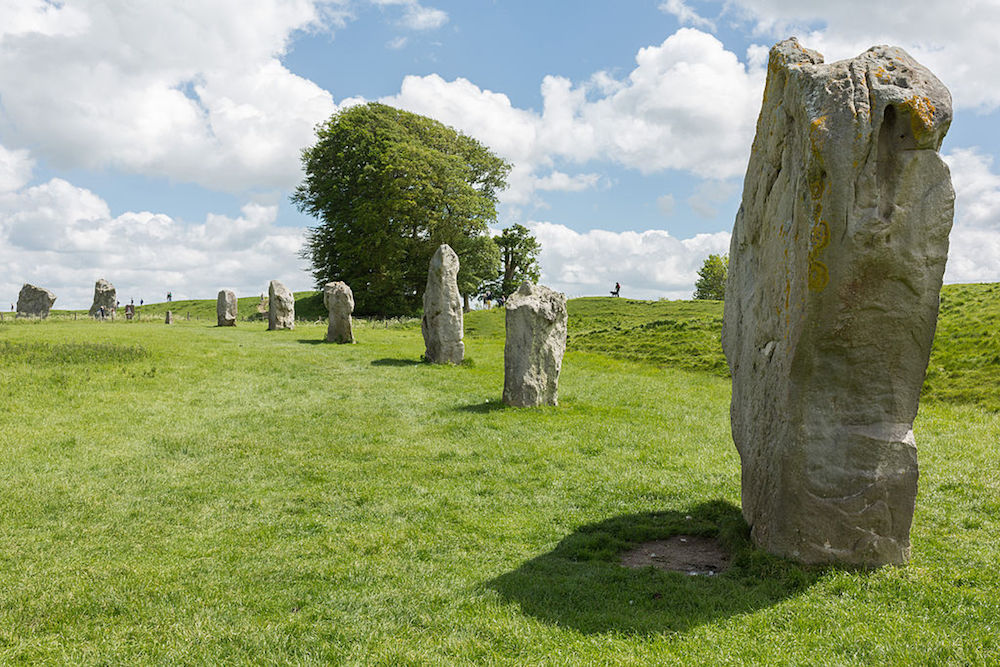 7. Historical advancements destroyed some of the stones.

As time passed and civilizations became more advanced, some of the stones in the Avebury Stone Circle were destroyed. Agricultural advancements and the construction of buildings in the area led to a change in the landscape and the destruction of several stones.

8. Alexander Keiller is responsible for the preservation of the Avebury Stone Circle.

Alexander Keiller was an archaeologist who was also heir to the Dundee marmalade business. He bought the land around Avebury’s Neolithic and Bronze Age sites and proceeded to maintain and preserve these prehistoric monuments. He also built a manor in the area between the 1920s and 1930s. Several years later, the property was transferred to the National Trust and it became a museum, which you can also visit during your trip. It now houses some of the archaeological finds that were excavated around Avebury.

9. The best way to tour the Avebury Stone Circle is by foot.

There are six sites in the area that you can visit: The Avebury Stone Circle, the West Kennet Long Barrow, the Windmill Hill, The Sanctuary, the Silbury Hill, and the Alexander Keiller Museum. Thus, if your schedule allows, would spend time exploring this British UNESCO World Heritage Site is by foot. Of course, if you have limited time, you’ll still be able to see the highlights via a driving tour.

10. Drones aren’t allowed in the area!

One of the best views of the Avebury Stone Stone and nearby sites is from above but most visitors won’t be able to capture as drones are not allowed to be flown over them. Only contractors and partners who have the correct insurance and permissions are allowed to operate drones here. Of course, the viewings from the ground are still breathtaking.

The Avebury Stone Circle and the other nearby sites are a great way to learn more about ancient civilizations in England. Although its significance still remains a mystery, you will still discover a thing or two about the Neolithic Age when you tour this UNESCO World Heritage Site as part of our Stratford, Cotswolds, Bath & Avebury Stone Circle Tour.