1. It was a one-room shop at first
The founder of Harrods was Charles Henry Harrod, who was a businessman dealing with tea in the early 19th century. When he first started working the shop, his only employees were two assistants, a messenger boy, and his own son. This was the time when Harrods dealt with tea and groceries mostly, before being built up to be one of London’s most prominent shops. Afterwards, the store moved to Knightsbridge. It was one of the most critical factors in turning it into a high-profile shopping area.

2. It pioneered escalators
Throughout the history of Harrods, the store had been a significant influence on things like fashion, style, and culture. However, one of its most understated influences has always been the introduction of the moving staircase. Making its debut in 1898, the first escalator was considered a turbulent experience, so the visitors were given brandy to calm their nerves. A hundred years later, in 1998, Harrods introduced the Egyptian escalator, which was regarded as a masterpiece in ergonomics, style, and in-store transportation.

3. It suffered through a fire
On the night of December 7, 1883, just before 1am, the store unexpectedly caught on fire. The entire building burnt down to the ground, which was no small thing, considering the store had four stories. Instead of closing down shop until getting rebuilt, the store moved temporarily across the street, while an architect was hired to build a newer, grander building. All of the Christmas orders were fulfilled, and the store’s reputation was not only saved but also improved. The store reopened the following year, and it’s been using the same building ever since. 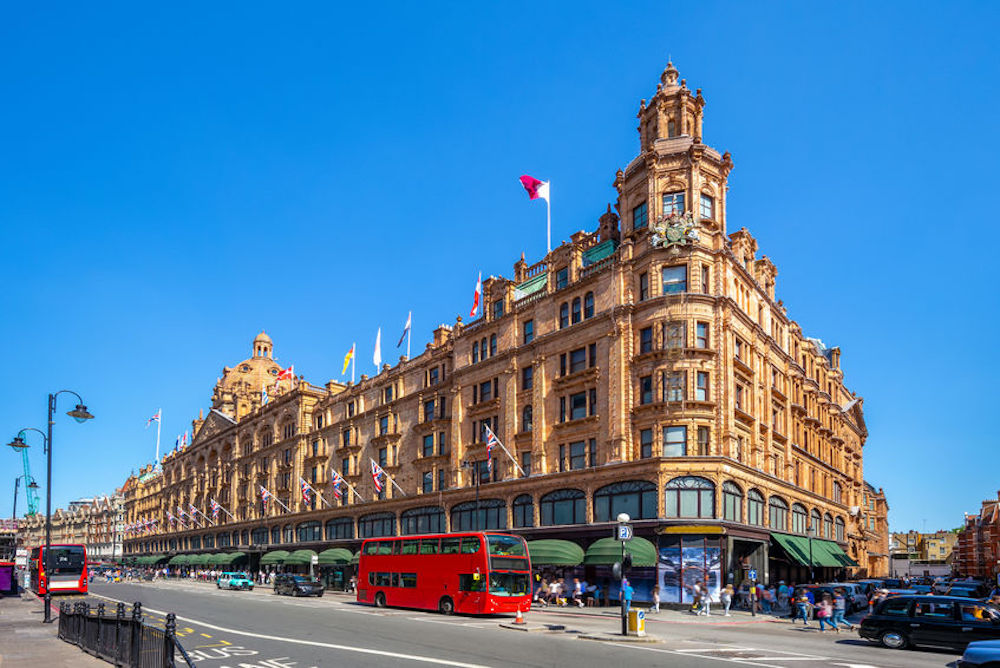 4. You could buy pets up until 2014
Harrods used to have a pet department, which first opened in 1917. This department sold all kinds of animals – from domestic to exotic pets. Some of the world’s most exotic pets were sold there, such as lions, tigers, elephants, and panthers. The son of the king and queen of Albania bought an elephant in 1967 and presented it to Ronald Reagan as a gift. The department stopped selling exotic animals in 1976 and was fully closed in 2014, and a new women’s wear department was opened in its stead.

5. Selfridge lost a bet
Selfridges department store has been a historical rival to Harrods. Even though Selfridges was significantly younger, its owner felt as if he could take Harrods head-on. Harry Selfridge made a bet in 1917 with the managing director of Harrods that Selfridges would turn more substantial profits by the year 1927. Selfridges was nowhere near the earnings of Harrods, so naturally, he lost the best. That’s why he commissioned a silver replica of Harrods. The replica is now on display at Harrods Bank.

6. It was sold at the end of the 19th century
Harrods department store was privately owned for several decades. Charles Digby Harrod had eight children, but there was no clear successor in mind. A few years after the fire and reopening of the new building, Charles Digby sold his controlling shares of Harrod’, and so a Limited Company was formed. This move was considered a grand success in the history of Harrods as the store saw a significant boost by the early 20th century. The name Harrods department store was chosen to stay because of the store’s reputation. Even the building itself was renovated once again, and that version is much closer to the store we have today. 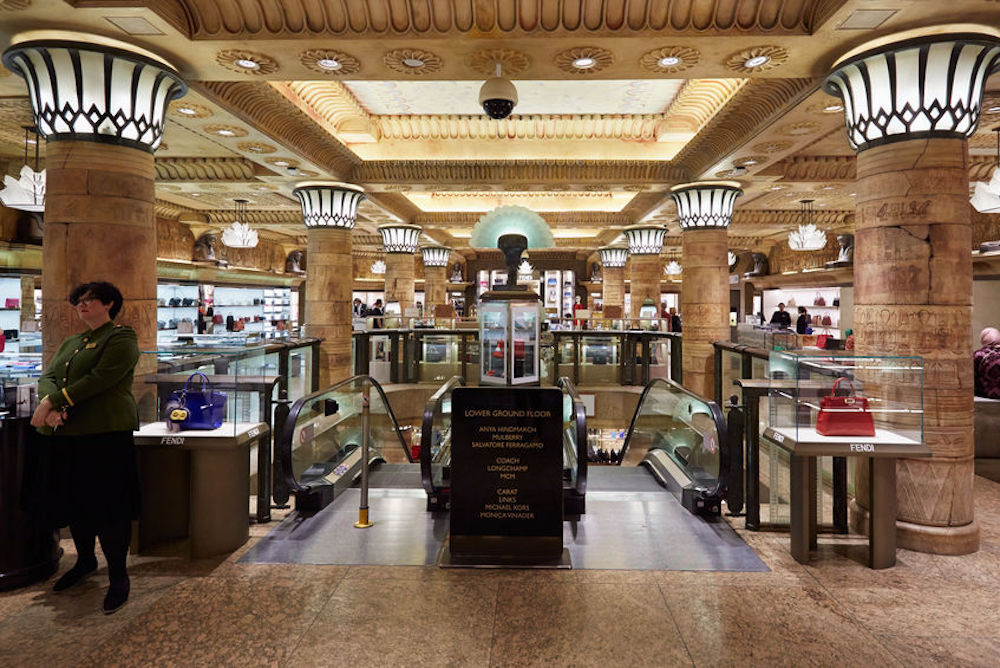 7. The motto is very fitting
Ever since Harrods opened, its motto has been Omnia Omnibus Ubique. This is a Latin phrase, which when translated means “All things, for all people, everywhere.”  The motto is fitting because, throughout the entire history of Harrods, the store has sold a wide assortment of goods. It started with tea and groceries, then linens, drapes, and wickers, only to move into pretty much anything, including exotic animals. There are over 300 departments today, and shoppers enjoy a selection of everything, from toys to fashion and food.

8. There are Harrods stores at Heathrow airport
London is a large city with many attractions, and so depending on schedule, it may be difficult to fit in a visit to Harrods. That all changed in 2008 when Harrods introduced Harrods shops at every terminal in Heathrow airport. Even if people are only stopping by at London for a layover, they have a chance to shop at Harrods. This is a recent part of their history, but a meaningful one as customers can shop tax-free. That means items are sold at a 20% reduced price because there is no sales tax in the Harrods Heathrow stores.

9. It had an eccentric owner for a while
In 1985, House of Frasier sold Harrods department store to Egyptian businessman Mohammed Al-Fayed. Al-Fayed introduced the Egyptian room in Harrods in which he displayed two busts of himself, as well as two memorials to his son Dodi and Princess Diana, who both died tragic deaths in a car accident. Mohammed Al-Fayed was the owner of Harrods until 2010 when he sold the store to Qatar Holdings for 1.5 billion pounds.

10. The store went through a bombing attack
One of the darkest blemishes on the history of Harrods was in the 70s and 80s when the IRA targeted the store for bombing attacks. These attacks occurred several times, and each time, there were civilian and police casualties. Several people were killed, and dozens of people were injured, but the IRA Army Council claim the bomb attacks on the store were not planned and authorized in any capacity. Today, there are no threats to the store, and it’s an entirely peaceful place.

Harrods department store has a deep and colourful history. It remains as one of London’s most prominent attractions, and it’s one of the largest and most important shopping centres in Europe.

How to Get to Harrods Department Store:

Harrods is located at 87-135 Brompton Road, Knightsbridge, London, SW1X 7XL. The nearest London Tube Station to Harrods on the Piccadilly line is Knightsbridge; use the Brompton Road exit for Harrods. You can also get to Harrods via South Kensington station, on the Piccadilly, District and Circle lines, and Sloane Square, on the District and Circle lines, which are just a short walk from the store. Harrods is open Monday through Saturday from 10 am to 9 pm. On Sunday, Harrods is open from 11:30 am to 6 pm.