Fortnum’s & Mason’s department store in London, often called Fortnum’s, has been around since 1707. It has had a colourful continuous history and has often been centre stage at some of London and UK’s important historical moments. Today, it’s a department store that specializes in all sorts of goods. Everything from food, ordinary and essential goods, and even unique exotic products are offered at this historic store on Piccadilly. There are several other stores nowadays, but the main one has remained the most important one. With that in mind, below are 10 facts related to the history of Fortnum & Mason department store in London. 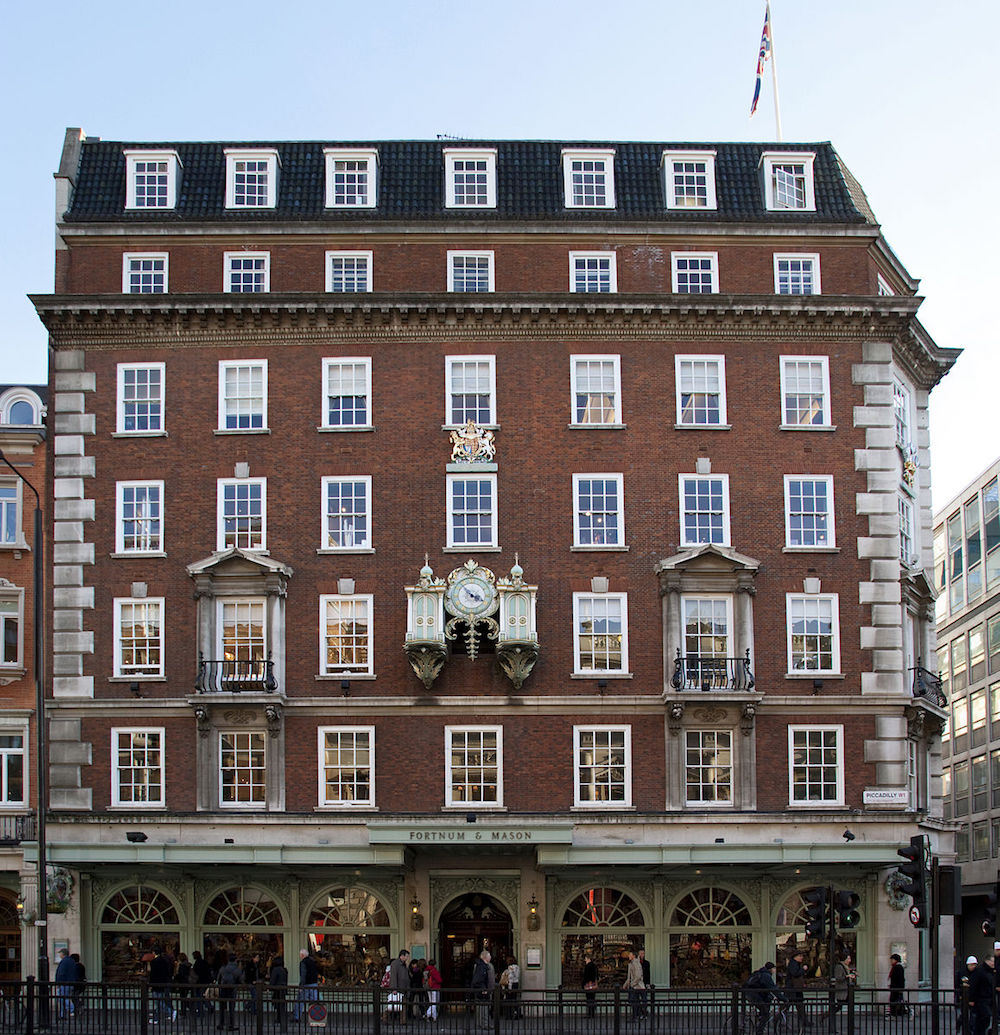 1. It all started with candles
The history of Fortnum & Mason starts with Queen Anne’s obsession with candles. That’s when Fortnum realized that he could make a fortune by selling the queen bundles of wax candles because most of the time, she left plenty of candles half-burned. He convinced his landlord Mason to start the business venture together, and so they opened a grocery shop together. It was decades later when the shop became primarily interested in selling mostly food to travellers, so they packaged easily transportable meals and sold it to travellers visiting London.

2. The invention of the Scotch Egg
One of the most influential items sold in the history of Fortnum & Mason is their most famous invention – the Scotch Egg. When they focused on selling easily transportable food, they wanted to invent a new type of food that would be both delicious and easy to carry. After several attempts, they created the Scotch Egg. The boiled egg wrapped in sausage meat and covered in breadcrumbs proved to be an instant success. Stories say it was most likely named after officers of the Scots Guard that lived in the vicinity of the shop, who had taken a liking to the egg.

3. They had their own mail service
The Post Office wasn’t a thing in the United Kingdom until 1839. Before it opened, sending and receiving mail was more or less unregulated, meaning everyone had to manage their mail entirely by themselves. Fortnum & Mason’s store always had a spirit of entrepreneurship, so they opened their own mailing service. They installed letterboxes that were emptied six times per day, and they offered discounts to both sailors and soldiers. This service proved to be a success until the Post Office was opened almost 50 years later.

4. Instrumental against Napoleon
The Napoleonic wars took a heavy toll on Europe, and Britain was no exception. However, it also proved to be one of the proudest moments in the history of Fortnum & Mason. They were one of the most important deliverers of food to the soldiers on the frontlines, and they brought them dried fruits, honey, and spices. They even supplied goods that were used to entertain the Czar of Russia when he had arrived in London to discuss the aftermath of the Napoleonic wars.

5. A respectful clock
The most important people in the history of Fortnum & Mason are, naturally, William Fortnum and Hugh Mason. Without them, the enterprise wouldn’t have existed in the first place, so in 1964, the board chairman at the time, W. Garfield Weston, commissioned a unique clock made in their honour. On the hour, every hour, 18th-century music starts playing from this beautiful four-ton clock, and two figurines of Fortnum and Mason come out and bow to each other. This respectful clock was made to commemorate the importance of the two gentlemen. 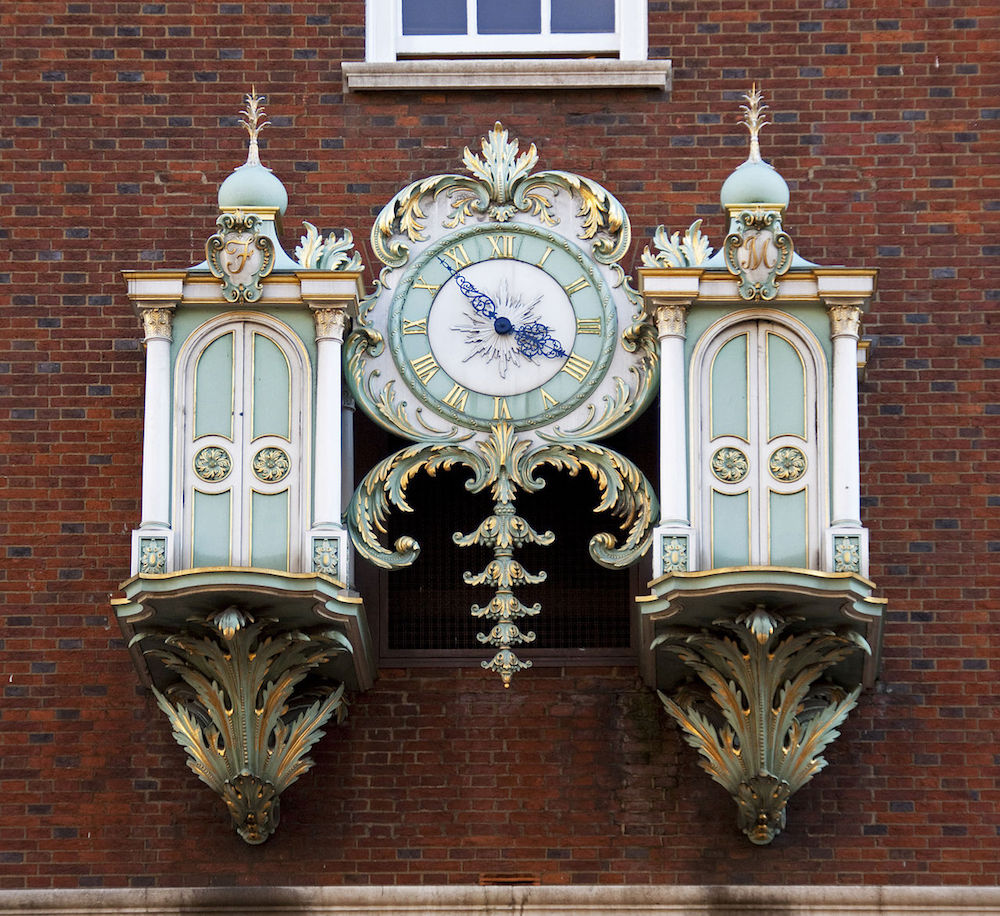 6. No better place for Afternoon Tea
Since the history of Fortnum & Mason pretty much began with serving tea along with food, it’s only fitting that it’s also one of the most famous spots to have a cup of Afternoon Tea in London. Fortnum & Mason’s have always had excellent gourmet services, one of which was dedicated in honour of Queen Elizabeth II. The Queen herself held the opening ceremony for the Diamond Jubilee Tea Salon where you can have a grand experience that ranges from merely a cup of tea in gorgeous porcelain to a royal experience with pastries, cakes, and meals.

7. Conquering Everest
Mount Everest has always represented a significant challenge that practically mocked anyone that ever dared scale it. There have been a large number of attempts to scale it in the past, and Fortnum & Mason were the chief supplier of food and drinks to the expedition in 1922. It was a massive endeavour that ultimately didn’t make it to the top, but the store had supplied them champagne in any case. The expedition still broke a mountaineering record, and they celebrated with the champagne provided by Fortnum & Mason, along with dozens of cans of exquisite and delicious food.

8. Entertaining Guests Worldwide
King George V was one of Britain’s most popular rulers, especially at the time. He was known for throwing lavish parties, and one of the largest ones was the Jubilee in 1935, which commemorated 25 years of his ascension to the throne. As it’s always been a tradition in the history of Fortnum & Mason, they were responsible for catering to guests from all corners of the Empire. They created a special department that accommodated to the different dietary needs of the subjects of the Empire coming from far away, such as specially prepared Hindu, Muslim, and Indian meals.

9. Selling a Christmas single for charity
One of the proudest moments in the history of Fortnum & Mason was in 1984 when they sold the single ‘Do They Know It’s Christmas?’ Bob Geldof and Midge Ure wrote the hit. Its purpose was to raise money to help a struggling Ethiopia deal with famine. The idea was brought up by an employee, and the charitable event was a smashing success.

10. Colonies of Bees
The roof of the Piccadilly store is the home of four bee colonies. Although this is a new thing in the history of Fortnum & Mason, it’s considered an important deal. These beehives are twice the size of regular ones, and they have their own triumphal arch entrances with different designs. 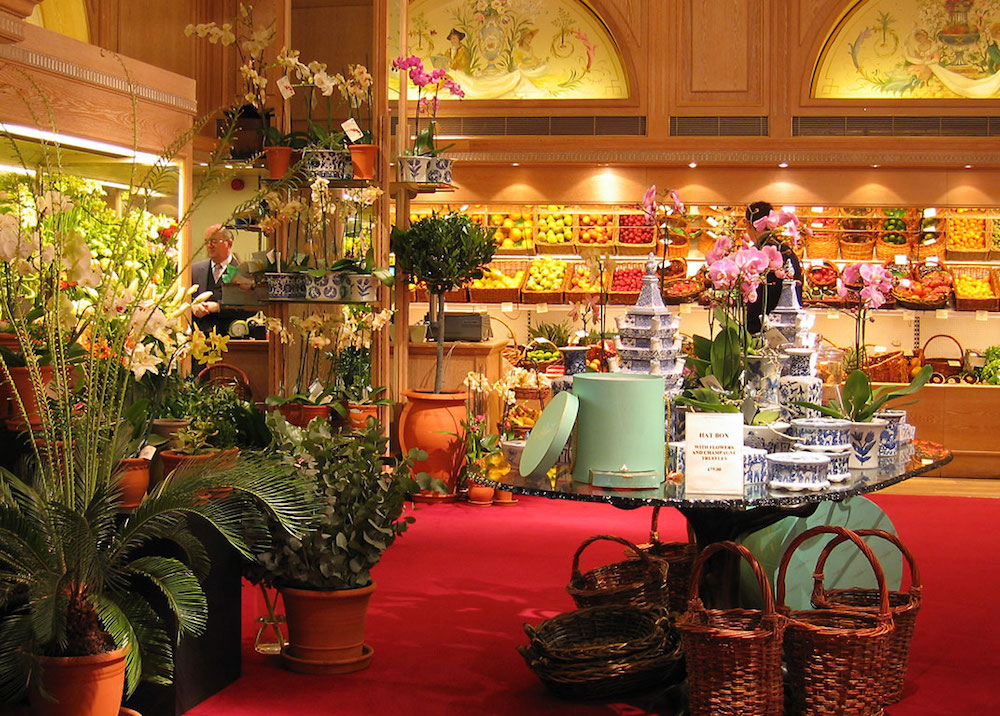