Hampton Court Palace is a royal palace in the London borough of Richmond upon Thames and is considered an architectural marvel. And as one of the monuments of the Tudor period, the history of Hampton Court Palace is an interesting one. It’s not a typical royal palace in London, but rather something more akin to an enormous pleasure manor, where the king and his confidants went to get away from the pressures of ruling a kingdom. The palace entertained regular parties, innumerable guests, and fielded hunts for a very long time, and is today one of the most important buildings in the history of England. 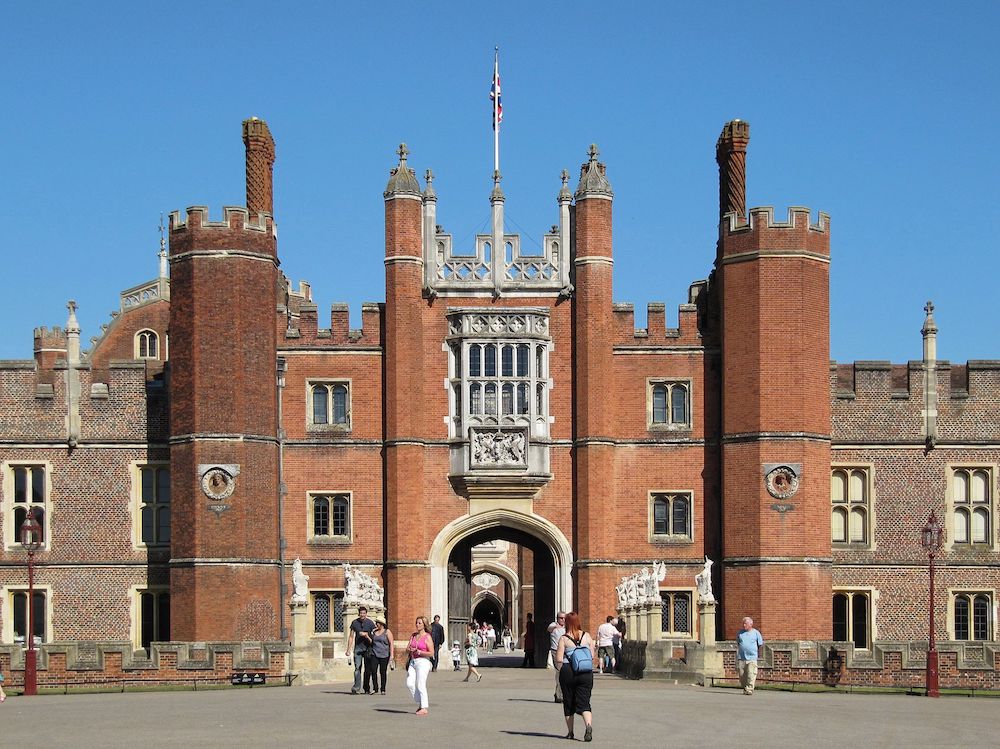 Hampton Court Palace was not built from scratch as on its spot there was a previous medieval manor which was chosen because of its perfect location, almost 12 miles southwest of Central London. Hampton Court Palace was originally envisioned and sponsored by Cardinal Thomas Wolsey, who was one of the most powerful and prominent politicians of his time, as well as the most prominent churchman. Before his arrest and order for execution, it was his own personal palace, but he had allocated apartments for the royal family — King Henry VIII, Katherine of Aragon, and their daughter Mary — who he considered friends of a sort. After the Cardinal’s arrest, King Henry VIII chose this palace as one of his personal retreats, and ordered a full renovation that lasted for more than ten years. He turned the previously lavish palace into a magnificent residence, one that would easily reflect his own power and wealth.

One of the most important periods in the history of Hampton Court Palace was during the time of King Henry VIII, the second Tudor monarch.  Succeeding his father King Henry VII, King Henry VIII was considered a turbulent leader, and had grand ideas for the palace, such as the previously-unheard-of luxury of having both hot and cold running water. While he did not overlook the palace renovations himself, it was turned into an ornate residence that was worthy to house the monarch of England of the time. He ordered several personal quarters to be built for himself, and his second wife, Anne Boleyn, as well as a tennis court, bowling alley, and a complete renovation of the hunting grounds. By the time the palace renovations were finished, Anne Boleyn had fallen from grace in the eyes of the King, so the first queen to enjoy the splendor of the new privies was King Henry VIII’s third wife – Jane Seymour. Because the king enjoyed showing off his wealth and power to visitors and foreigners he regularly entertained delegations from other royal families across Europe, so this palace was built and intended to facilitate these specific ideas of the king.

Among the vast and turbulent history of Hampton Court Palace, its gardens are possibly the only serene highlight. While they weren’t specifically built to showcase the king’s wealth, they were a private place where the monarch could enjoy a day off and it was only in the time of Queen Victoria they were opened to the public. Every generation of monarchs added something new and unique to the already breathtaking gardens – the maze, the baroque gardens, the elegant Victorian mass bedding, the Pond Gardens, and many more stunning elements. This meant that the gardens were the part of the palace that saw the most change and they continue to evolve to this very day. For example, the Privy Garden of today is actually a 1995 reconstruction of the 1701 format privy garden originally commissioned by William III, considered an important pillar of the history of Hampton Court Palace. 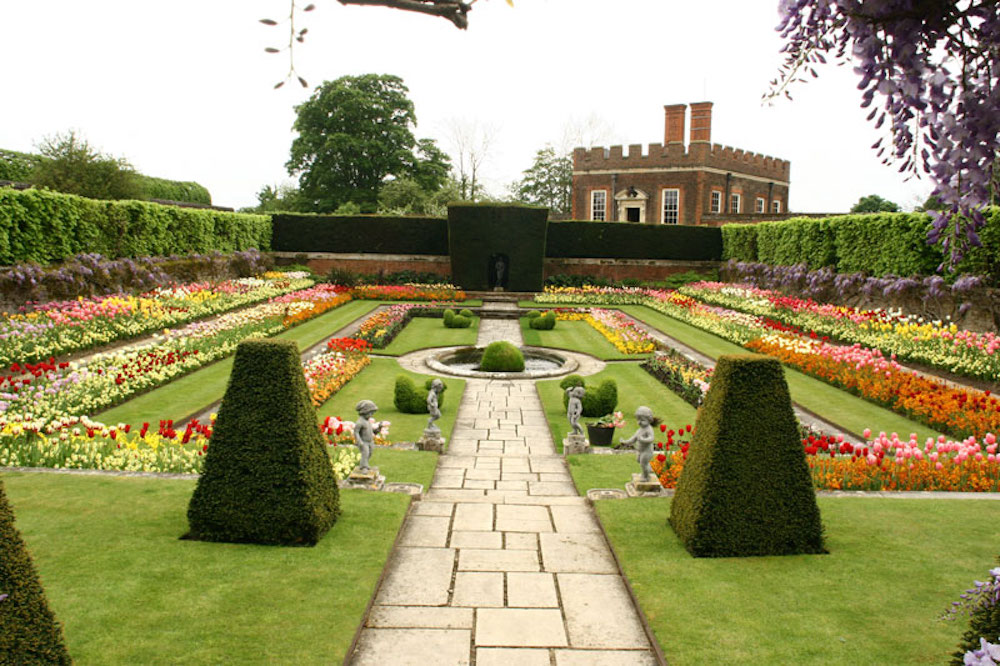 Hampton Court Palace: One of the Palace’s sunken gardens. In the background is William III’s Banqueting House (H on plan) of 1700. Photo Credit: © Wikimedia Commons.

The history of Hampton Court Palace is filled with interesting details that definitely add to its charm. The history of Hampton Court Palace has seen a lot of tragedy, like the deaths of Queens Jane Seymour and Catherine Howard – whose ghosts are said to haunt the grounds of the palace to this very day, and even one of the most popular rooms in the palace – the Haunted Gallery – is even named after Queen Catherine.

Another fascinating fact is the visit from the famous painter Van Gogh – whose generation was among the first to visit after the palace was open to the public in the times of Queen Victoria. It’s also just as fascinating that the type of tennis that the royals used to play in the times of King Henry VIII is still available to play today, because Henry VIII tennis court is actually a real tennis club. New members are always welcome there and it’s possible to arrange to be given a lesson in this historic sport.

In addition to the beautiful palace and grounds, Hampton Court Palace is also home to one of the largest art collections in the world – Queen Elizabeth II’s private collection. It’s a marvel in architecture and a bastion in English culture. The palace is also open to the public every day of the year, except from 24-26 of December every year, with the exception of Home Park which is open all the time.

You can get to Hampton Court Palace via public transportation but many who are interested in Royal London combine with a driver guide tour which also visits Windsor Castle. Few other buildings and locations have as much historical and cultural importance. The history of Hampton Court Palace may be colorful, if not brutal at times, but visiting it and learning about its history feels like reading historic fiction, especially because there’s an inherent beauty to everything that surrounds this marvelous palace.