10 Facts About The National Gallery in London

Early in the nineteenth century, Britain experienced a great increase in the creation of art and also in demand for it. In response to this demand, the National Gallery was founded and built at Trafalgar Square, London. Today, The National Gallery is one of London’s most popular tourist attractions. As such, if you are planning to visit the National Gallery in London, here are ten facts you should know about it.

1. The National Gallery is old and famous

The National Gallery in London was opened in 1824 and at the time of this writing is 195 years old. In this time, it has built up a large fan base, with more than six million people visiting its halls every year since 2012. It is the second most popular visitor attraction in the UK, following behind the British Museum. Worldwide, it is the 7th most popular visitor attraction. 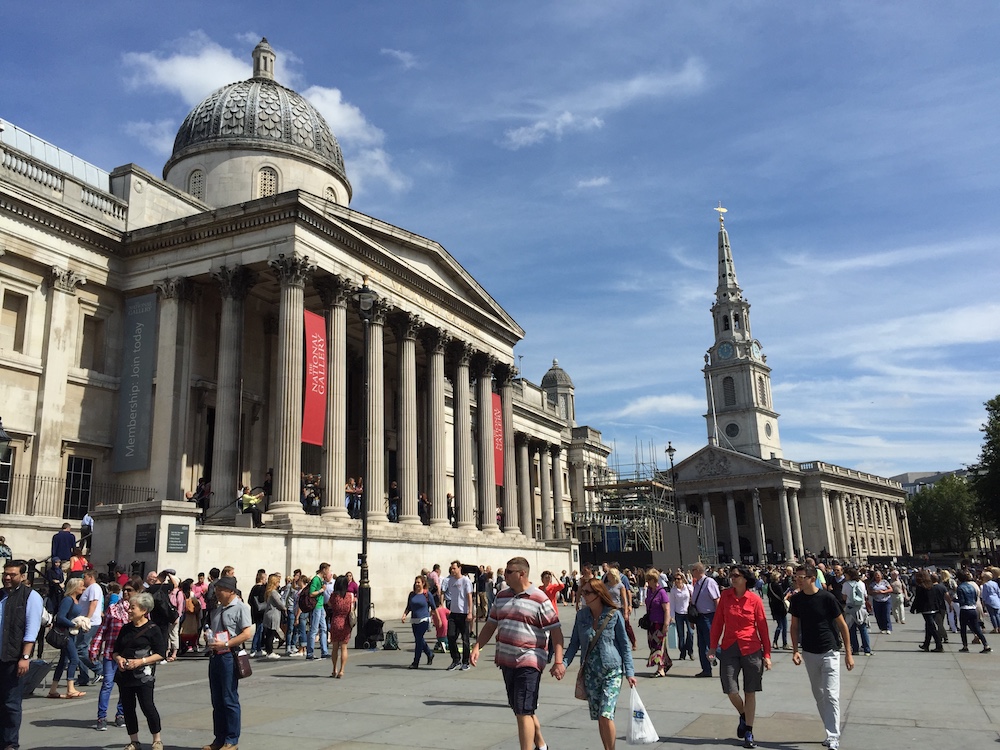 2. It might be loved now, but it was not always so great…

When the National Gallery in London was established in 1824, it was not the large, gorgeous, and fanciful space t is now. Unlike its current version, the original Gallery was built to house and display thirty-eight paintings that the Government had purchased from the heirs of the London businessman – John Julius Angerstein. Over the years, the size of the collection in the Gallery expanded and it became necessary to consider an expansion of the grounds.

A large controversy about the buildings and designs ensued and in 1869, designs for a rebuild of the Trafalgar Square building were requested. Architect E. M. Barry submitted his drawings and based on them, a new building was added to the National Gallery’s existing building.

3. It was pretty disorganized

From the inception of the National Gallery in 1824 and the next twenty years that followed, it was not a very well organized place. It was administered by the Keeper of the Gallery, who was in charge of a small staff. A board of trustees was meant to be in charge of making decisions. However, they did not meet regularly. After enough complaints had been made about the organization of the Gallery, the government made an inquiry into the establishment. As a result, the position of Director was created in 1855. The Keeper of the gallery was then responsible for curating the paintings, while the Director would be responsible for the daily administrative tasks.

The Staircase Hall at the National Gallery in London, designed by Sir John Taylor in 1884–7. Photo Credit: Rudolf Schuba via Wikimedia Commons.

4. Entry is free of charge

Many might say that one of the reasons behind the popularity of the National Gallery in London is its free entry policy. Yes, you read that right. Entry to the National Gallery is free and you get full access to look at about 2300 legendary, rare, and precious painting masterpieces created by artistic masters over the last two centuries. The Gallery runs on funds received from donors and grants, investments, and sources.

5. Home to some of the best paintings

The National Gallery in London curates some of the most awe-inspiring paintings by the greatest painters of all time. Their exhibits include works by Michelangelo, Rembrandt, Monet, Leonardo Da Vinci, Picasso, Raphael, Seurat, Van Gogh, Caravaggio, Hans Holbein the Younger, Botticelli, Nicolas Poussin, and many other paint-brush legends. Among them, some of the most famous paintings are “Virgin of the Rocks”, “Portrait of a Man”, “The Hay Wain”, “Van Gogh’s Chair”, and many others. 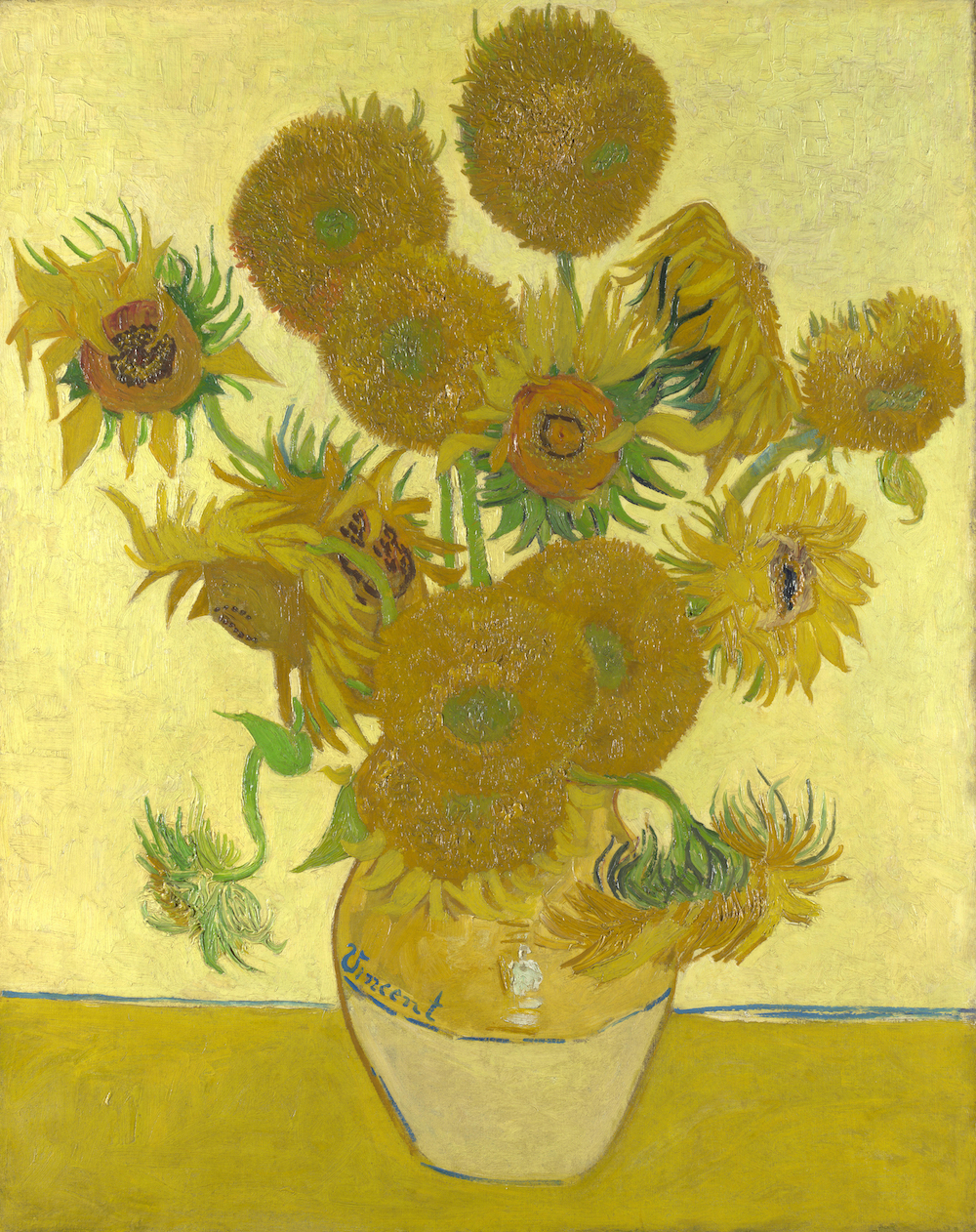 6. Not just paintings, but sculptures too

It is easy to imagine that the National Gallery in London houses only legendary paintings, but that is not the case. The Gallery is also home to many fabulous sculptures. For instance, the excellently carved sculpture of the first American President, George Washington, which was gifted by the Commonwealth of Virginia to the National Gallery in 1921, can be found along with a statue of King James II who ruled England, Scotland, and Ireland from 1685-1688. The halls of the Gallery also hold many statues of kings and legends from Greece and the Roman Empire.

One interesting fact about the National Gallery in London is that it once acted as an incubator to another gallery; the Royal Academy of Arts. The Royal Academy was established in Pall Mall in 1768 for the tutelage of art students in painting, sculpture, and architecture. It was also used as a venue for a yearly exhibition in the summer.  In 1780 it was moved to the Somerset House, and then in 1838, it moved to the National Gallery in London. Thirty-one years after, the Royal Academy of Arts moved to its current home, which is in Burlington House. 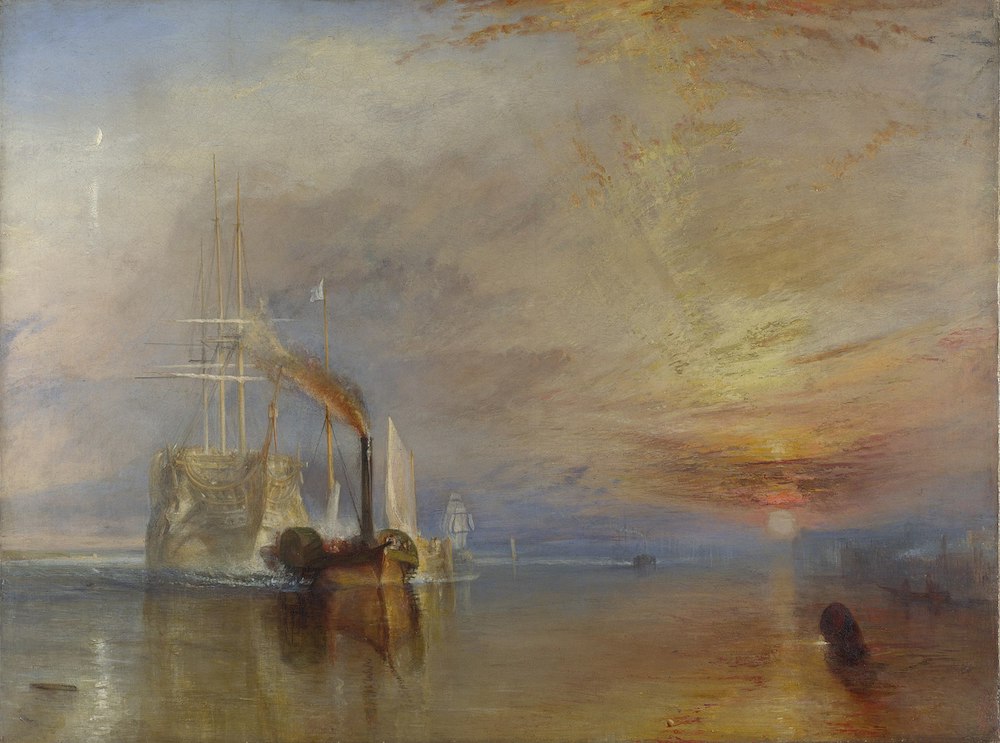 Even though the Royal Academy of Arts departed the Trafalgar Square grounds it shared with the National Gallery, it left behind the burning desire to promote art education. Since its departure in 1869, the National Gallery in London has continued the work it started and has remained open to students and scholars from all over the world who wish to conduct research or attend seminars. The National Gallery is a highly revered institution in the art world.

9. History with the Suffrage Movement

The women’s suffrage movement took the United Kingdom by storm in the late 1800s. Unfortunately, the movement’s leaders were faced with very stiff resistance from Parliament for quite a while. Growing frustrated, some suffragettes found expression through violence and aimed their anger at the system they believed had held them back for too long. The violent protests were quite serious, involving many cases of arson and vandalism. The National Gallery in London was not spared as one of the suffragettes, Mary Richardson managed to sneak a meat cleaver onto the grounds. In an act of vandalism, she slashed the precious painting Rokeby Venus, by painter Diego Valesquez.

With the coming of the second world war, there was a high concern that the nation’s treasures would be destroyed if the enemy made it to the shores of Britain. As a contingency, plans were put in place to move the collection. They were evacuated to different parts of Wales, like Penrhyn Castle, Bangor University and Aberystwyth University. When the Munich Accord was signed, the paintings were returned from Wales. However, the accord did not last and 10 days before war was officially declared, the paintings were moved for safety once more.

NOTE:  The nearest Underground Station to The National Gallery located in London’s Trafalgar Square is Charing Cross.   For a guided tour of the National Gallery which is open, 10 am to 6 pm
Friday until 9 pm, consider including in one of our London Tours.