London is a cosmopolitan urban city which can be quite fast paced, but one of the things it’s quite well-known for is its natural spaces – its royal parks known as the lungs of London. The eight royal parks in London are a great way to spend a relaxing morning or afternoon, and also learn a little bit of history along the way.

Hyde Park
Considered to be one of the oldest royal parks in London, Hyde Park’s lands used to be part of Westminster Abbey. In the 16th century, King Henry VIII confiscated large parts of the lands of Westminster Abbey in order to create his own hunting grounds. They were closed off for public use for several centuries until they became important gathering grounds for all sorts of events. Since the 19th century, Hyde Park has been used for concerts, protests, and even house duals, but it is still a place where people can go to relax. Hyde Park is located in Central London north by Bayswater Road, and to the south of Knightsbridge. 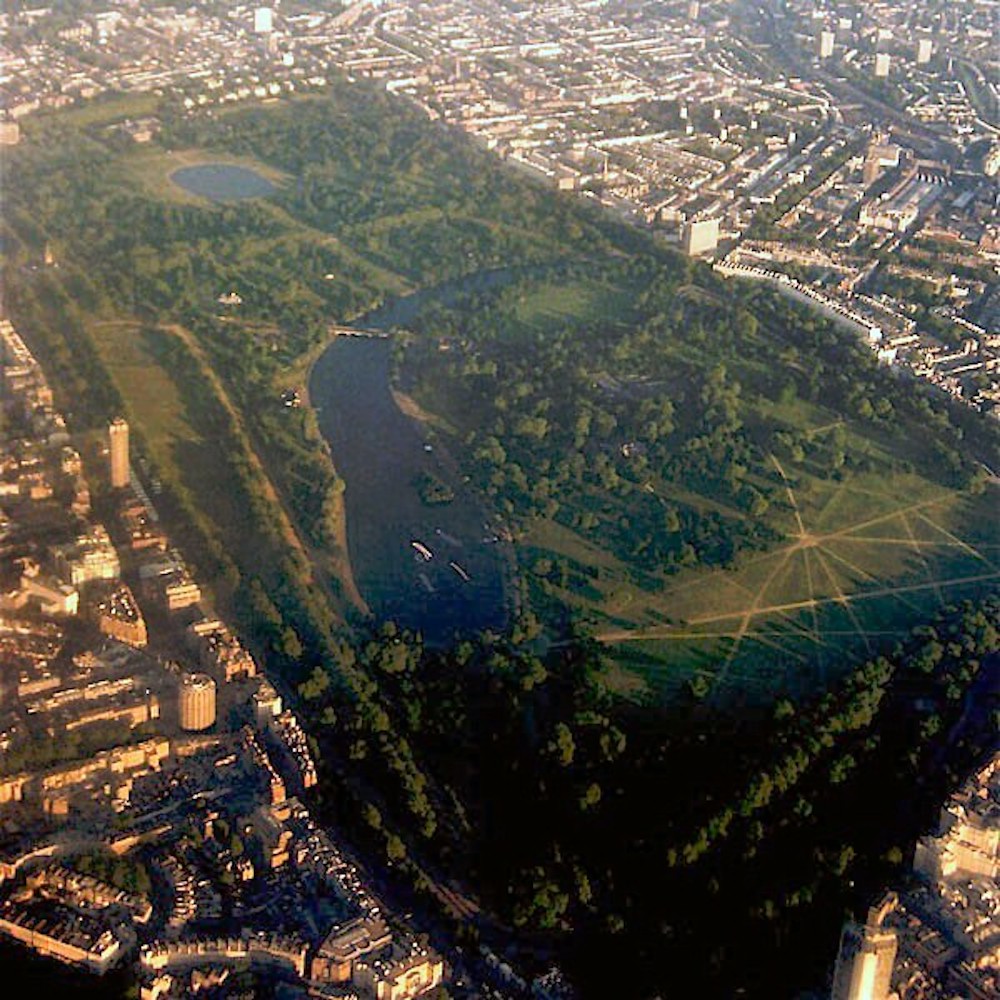 Kensington Gardens
The Kensington Gardens are located right next to Hyde Park in Kensington, and they used to be part of Hyde Park itself a few centuries ago. William III had gotten tired of the dark and broody nature of Whitehall Palace and decided to relocate to a different spot. He chose Kensington, and because of the place’s livelier ambiance, he chose to create some of London’s most splendid park grounds. Nowadays they’re part of London’s green lungs, and they’re a local favorite, especially for children. Part of the park pays homage to Princess Diane with a fountain called The Diana, Princess of Wales Memorial Fountain.

Richmond Park
Originally created by King Charles I to be a deer park so that the king could host regular hunting events for hunting deer of different sorts. Nowadays Richmond Park is an important spot for wildlife preservation for a few types of deer, such as red and fallow deer, and one of the most important royal parks in London in general. Richmond Park is also the largest Royal Park, and it’s also the place of the home of the philosopher Bertrand Russel, who spent his early years in Pembroke Lodge within the park. The park itself is located in the borough of Richmond upon the Thames. 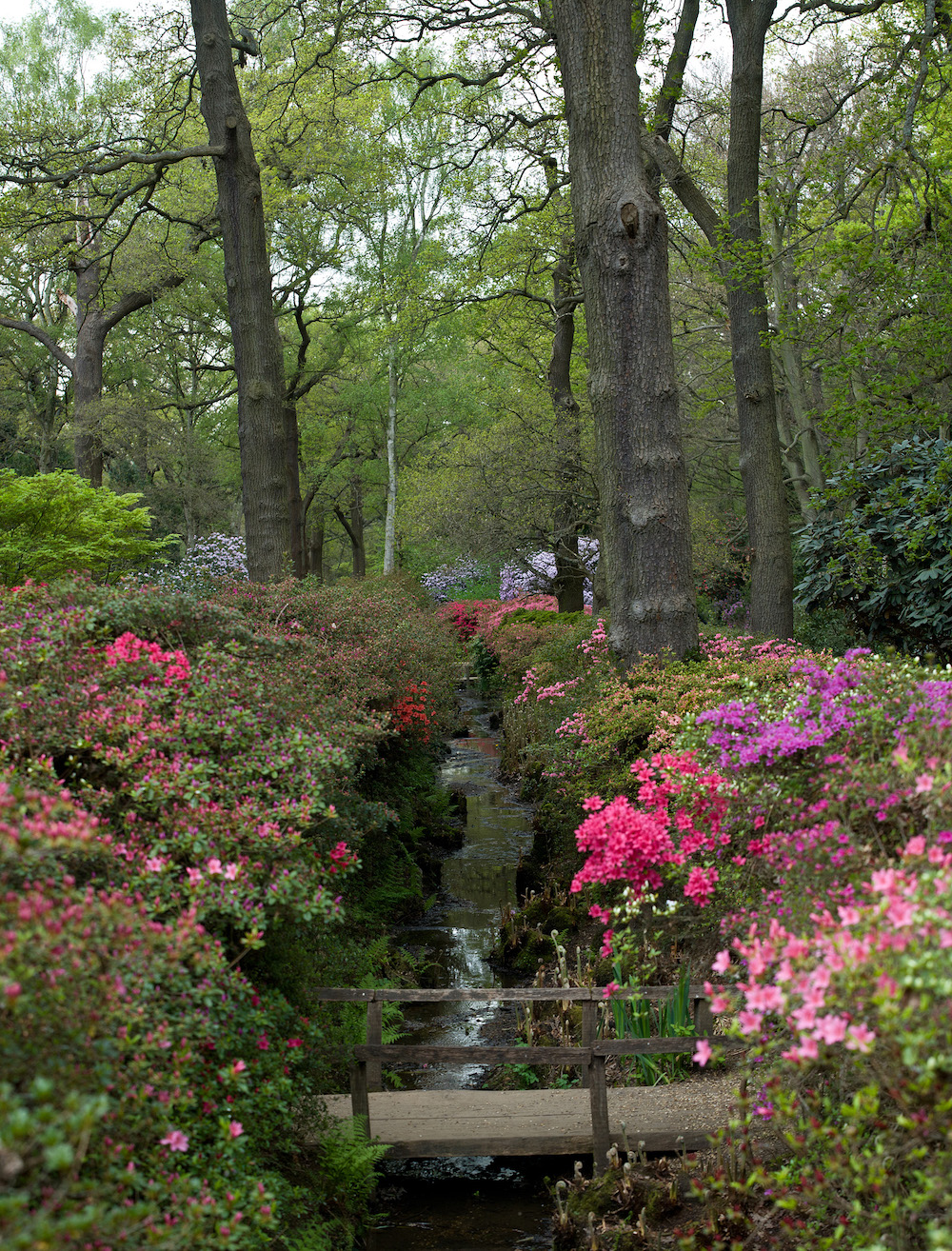 Bushy Park
Bushy Park is an open and vast expanse of land where large numbers of red and fallow deer freely roam. It’s located north of the Hampton Court Palace in the Richmond upon Thames borough, which was enclosed by King Henry VIII to be another hunting ground, as with most royal parks in London. The site itself is one of the earliest populated spots around London, as it’s been populated ever since the Bronze Ages. One of the things Bushy Park is known for is Chestnut Avenue, which was designed by Christopher Wren, who was a famous architect from the 17the century. The name Bushy Park comes from a large number of hawthorn bushes which grow within its borders. 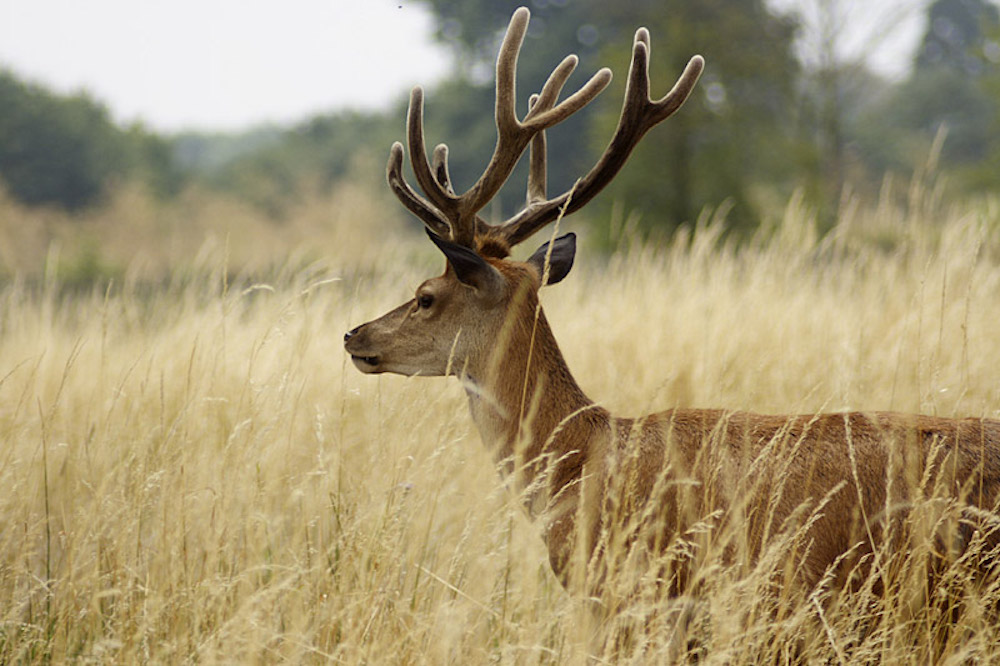 St. James’s Park
St. James’s Park may be modest in size, but it’s one of the more important royal parks in London. It’s located in the heart of the city, right next to Buckingham Palace and is part of an almost continuous chain of other parks, like Hyde and Green Park. It’s dedicated to St. James the Less, and on this spot used to stand a leper hospital centuries ago. Nowadays there’s a significant lake found within its boundaries, as well as numerous flower beds, and homes of pelicans. Pelicans have lived here for hundreds of years, who are known to always make a spectacle of sorts come feeding time. 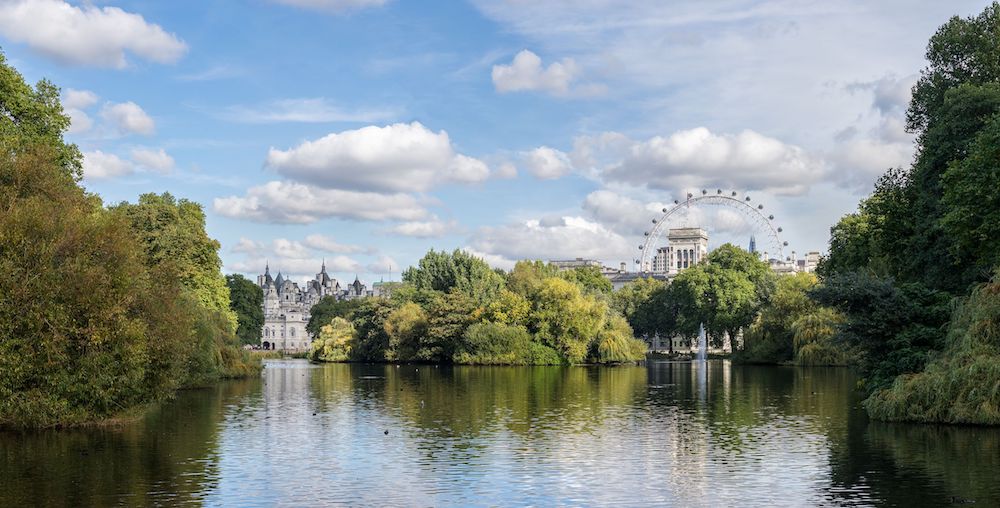 Green Park
Green Park is the final part of an almost fully continuous chain of royal parks in London. It’s situated between St. James’s Park and Hyde Park, and what was once a burial ground for lepers is now the spot where tourists and locals alike gather to relax. It was originally sanctioned off by King Charles II to become a hunting grounds in the 16th century and was closed off to the public until the early 19th century. It’s a ceremonious spot where there’s an occasional event of cannon fire, called the Royal Gun Salute, which is performed by the King’s Troop Royal Horse Artillery. 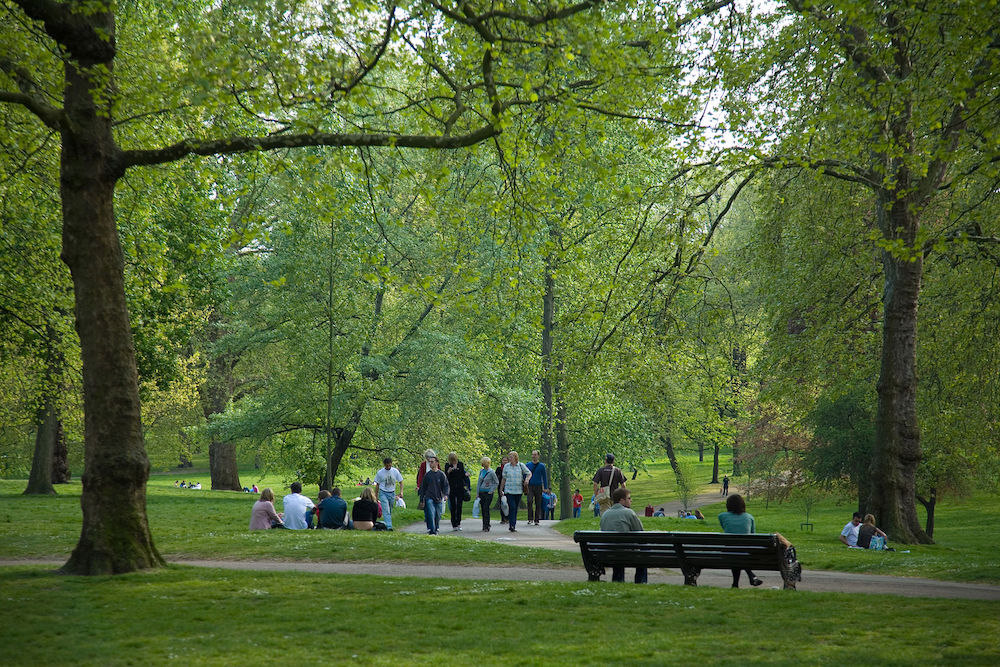 Regent’s Park
As it’s the case with many of the Royal Parks in London, Regent’s Park was also used as a hunting grounds centuries ago. It was closed off by Henry VIII, only to be open again centuries later in the mid-19th century, decades after being redesigned by John Nash. Regent’s Park is located in the northwestern part of London and is split between the City of Westminster and the Borough of Camden. It’s filled with all sorts of attractions like tennis courts, flowers beds with an enormous range of rose variety, playgrounds, several eateries, and many more. 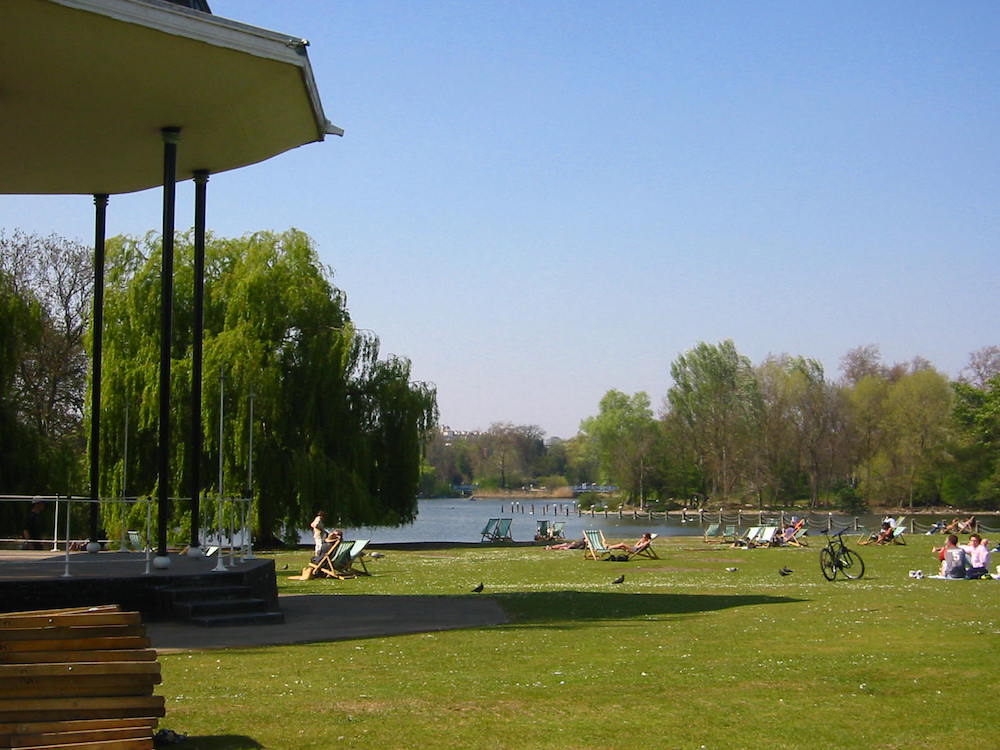 Greenwich Park
This royal park is not only considered one of the most important ones, but also the oldest royal park. It’s a park of significant size, but its importance comes from it being the spot of the Royal Observatory, which is used to calculate the Greenwich Meridian from which all time on Earth is being measured. It also used to be a hunting grounds by King Henry VII, but today it’s one of the most iconic spots in London, where numerous films have been filmed. Other than that, the National Maritime Museum is a very popular spot. 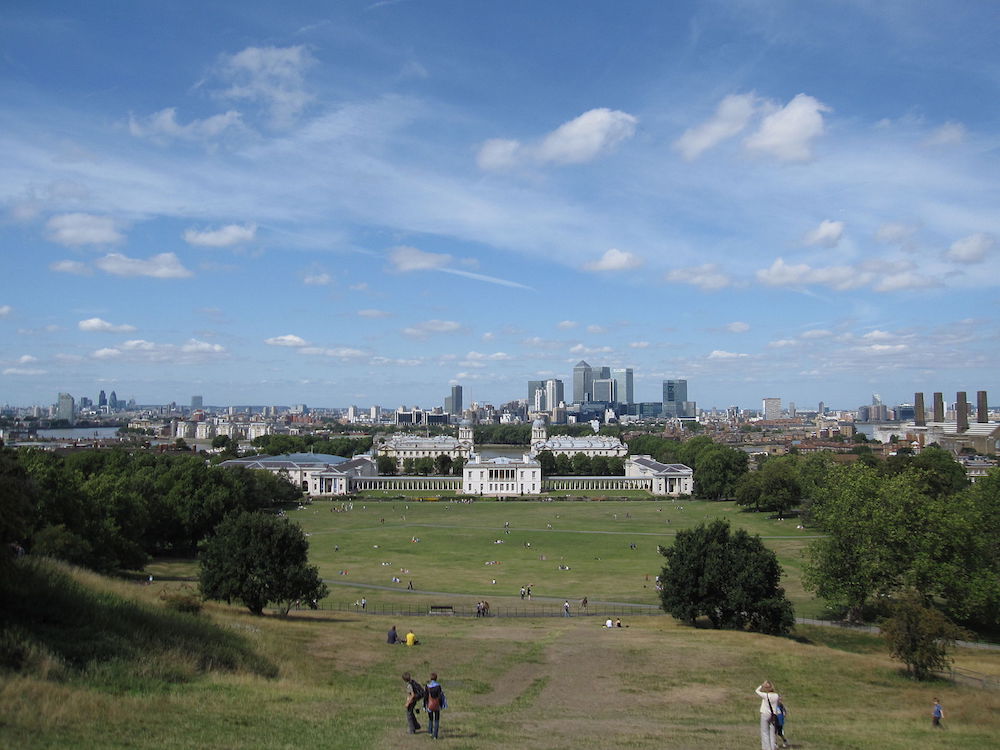