History of Stonehenge, A UNESCO World Heritage Site in England

A British cultural icon, there is much mystery surrounding the history of Stonehenge. In fact, while Stonehenge and the surrounding area was designated a UNESCO World Heritage Sites in 1986, many of the details about the site are still unknown.

What is Stonehenge
Stonehenge is an enormous Neolithic monolith and one of the most famous landmarks in the United Kingdom. It is thought that this prehistoric monument was built about 5,000 years ago. Whether initially or shortly thereafter, it became a burial ground as human bones dating from 3000 BC have been discovered on the site. What we find today at Stonehenge is the result of several episodes of construction, after an intervening 4,000 years of destruction and decay. Various stones are fallen or missing, making the original plan challenging to understand.

Where is Stonehenge
The ancient monolith of Stonehenge is located around 90 miles west of London in Wiltshire, England, just west of Amesbury, As its very close to London, day trips to visit are common not only for summer or winter solstice but throughout the year. Over one million people visit Stonehenge each year which is owned by the British Crown and managed by English Heritage. From London, we offer tours to Stonehenge along with a visit to nearby City of Bath to see 2000-year-old Roman baths along with wandering through this Georgian town. 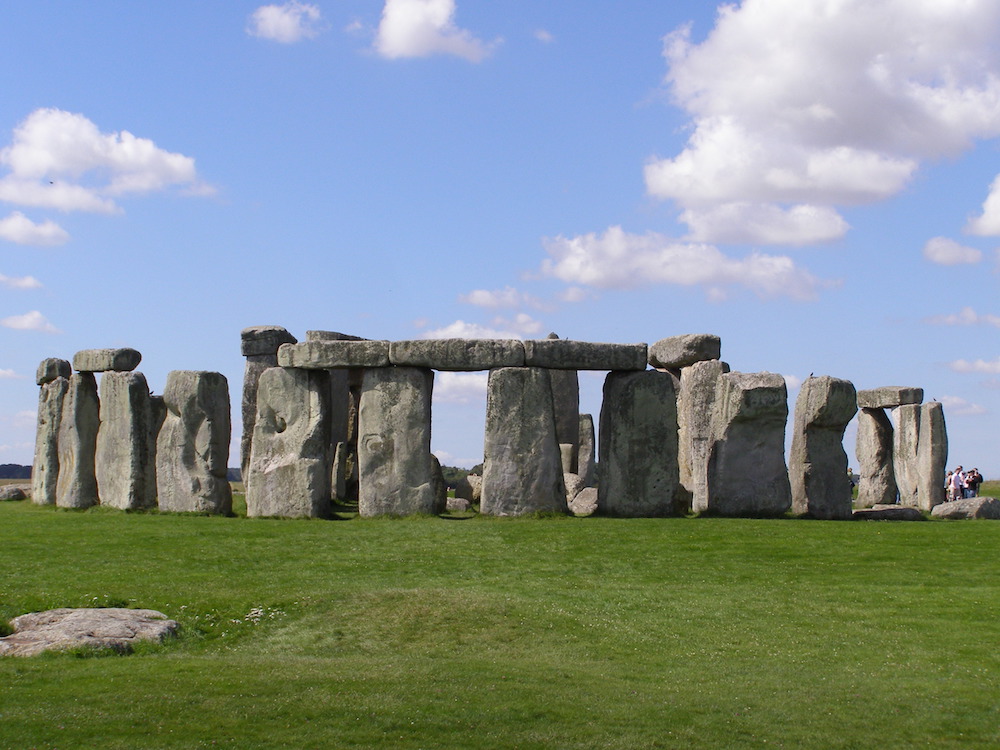 Who Built Stonehenge and for what reason
Since the history of Stonehenge is so mysterious, there is no certainty in who were the peoples responsible for its creation. So far it’s considered that it was the ancient Britons who used very primitive tools which most likely included deer antlers. The greatest mystery, however, is the reason for its construction. There has been no concrete evidence that suggests exactly what it was used for, which is why there are numerous theories out there that range from it being a healing spot, to a landing place for aliens. So far nothing would explain why it took 1500 years to build a monument that appears to have no specific intent behind it.

Modern Stonehenge – Things to see and do at Stonehenge
Visiting Stonehenge is much more than merely looking at enormous stone circles. In fact, with a £27million visitor centre that open a few years ago, there are several things to do, including wandering around the Neolithic houses, viewing the Stonehenge exhibition, walking around the surrounding Stonehenge landscape and relaxing and enjoying countryside views while eating in the café. To fully see and do everything it will take you a few hours at the very least.

Visiting Stonehenge
With over a million visitors each year, you need to book tickets to visit Stonehenge. The Stonehenge tickets are timed and have a 30-minute window in which to arrive and check in at the visitors’ center.  Once checked in, you can spend as much time as you’ll like visiting this UNESCO World Heritage site. With this in mind, if you’d like to visit Stonehenge and combine with a tour to nearby City of Bath, be sure to get in touch with us here at Guidelines To Britain. We’ll arrange an expert driver-guide who will give you an informed tour of Stonehenge and ensure you have the best experience at this prehistoric site.